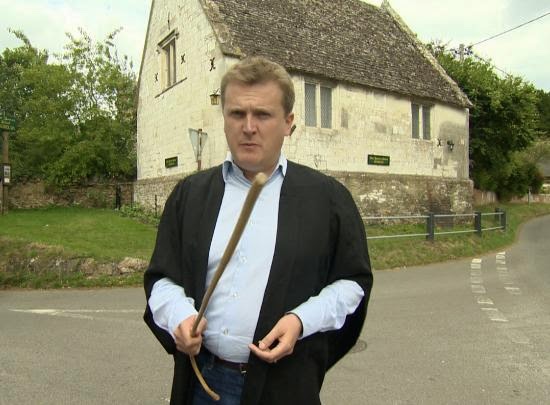 ‘You’re not going to be happy.’ Suggests negotiator S as I re-enter the office, smiling at me apologetically. The choices are endless if I’m expected to guess events likely to lower my mood, where the property business is concerned.

A sale could have fallen through, a chain of buyers outside my control may have collapsed, a surveyor might have rubbished a house we have agreed a sale on, a vendor might have changed their mind and decided not to move despite a deal being agreed on their home - oh you get the picture…

‘Narrow it down then.’ I say resignedly, as I shrug off my coat and walk on auto-pilot to see what horrors are lurking in the message book.
‘We’re double booked on viewings later.’ Says S, shooting a quick glance towards F the hapless trainee. She tries to cover it, but I know straight away who the culprit is. I just don’t know the crime yet.

Now there shouldn’t be an issue with viewings being arranged, they are the seed-corn of every sale. Even if the appointment comes to nothing it ensure the homeowners know we are actively promoting their home, not just posting a listing on a property portal and sticking a poorly-framed photo in the office window. So why the problem?

S answers even before I’ve fired up a spare computer screen.
‘It’s The Richardson’s,’ she announces with a shrug. ‘They want to look at the new instruction off The Avenue. I’m sorry, only you are available to do it.’
I shoot a glance towards F, then towards the office swear box. Both cost me dearly, on a weekly basis.

‘I didn’t know who they were.’ Gabbles F, cheeks turning crimson.
‘The Richardson’s?’ I say, looking at S and pointedly ignoring F.
S answers in the affirmative.
‘The monumental time wasters?’ I continue, acid reflux rising.
‘Yes. sorry.’
‘The tossers who have been looking for five years?’
‘Uh-huh.’
‘Who never put their own house on the market even though I’ve valued it four times.’
‘That’s them.’
‘Who have viewed over one hundred properties and not been happy with a single one?’
‘The very same.’ says S, turning back to her keyboard.

Now the number-crunchers - my bean-counter boss being a fully paid up figure-fiddler, included - would have you believe that no viewing is a wasted one, that every no takes you closer to a yes. That, if you hit your targets for viewings and valuations and pour enough in to the top of the sales funnel, the required results will trickle out the bottom. They’ve clearly never met Mr and Mrs Richardson.

Some people will find fault with every home they see and in the unlikely event you ever show them something they might want to buy, I can guarantee they’d want too much money for their own precious house and somebody else in a more favourable position, with more realistic expectations, would beat them to the contract.

Most folk have a list of negotiable requirements for their next home. These mind-f***ers have a screed of non-flexible, demands. Even the prissy Escape to The Country Presenter with the beard, or the chubby ex-choirboy who wishes his voice had never broken, will be driven to distraction. I suspect once the cameras stop rolling the presenters’ opinions of these freeloaders are far from cherubic.  And yet…

‘You going still, then?’ Says assistant manger T as he pulls on his coat, at the appointed viewing time. He managed to grab the simultaneous appointment. I have an elephantine memory, retribution will be served frozen.

‘You never know.’I tell him frostily.
‘That’s the spirit.’ Cajoles S, with a winning smile. ‘They might love it.’