One Lump Or Two - Wednesday 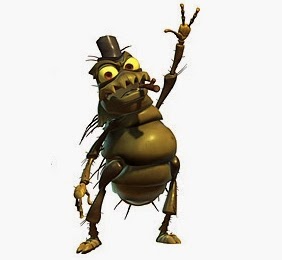 ‘Got those keys you were waiting for.’ Says negotiator S even before I’ve sat down. The last two appointments have been a colossal waste of time but you need to kiss a lot of frogs to find a prince, so I keep puckering up.

I ask her if it’s the lender I think it is and the less than salubrious part of town I’m expecting? She answers in the affirmative. My sigh must hit some sort of nerve, as she smiles sweetly and says.
‘Do you want a cup of tea before you go back out?’

She’ll make someone a very happy man one day, I just hope it’s not the low-life she’s currently with - or that she’s still working for me when she falls pregnant. Employment laws are great on paper but in practice - well let’s just say it’s the reason H, my vertically-challenged rival manager, doesn’t recruit women of childbearing age any longer.

I can almost hear the howls of disgust from half the population. But I’m not H, I always employ the best person for the job, irrespective of gender. In fact if she were to stay in the business, S would become a better estate agent than anyone else in the office - myself included. Sadly, I’ve lost track of the number of talented women I’ve worked with over the years whose biological clock meant an early exit from the industry. I rather envy them, apart from the pushing and screaming bit…

‘You can come with me to measure up if you like.’ I tell S as she returns with a mug of steaming tea. I make a mental note to make the next cuppa. I don’t like asking any staff member to do something I’m not prepared to do. H thinks I’m an idiot to take this view - and regrettably his sales figures tend to bear that out. I won’t change though.

‘What’s it going to be like?’ Says S warily. I have to almost physically stop myself looking at her legs. If there are fleas again, those calves and ankles are way too exposed.
‘It’s a voluntary repossession.’ I tell her, glancing at the paperwork spread before me. There’s a half ream of conditions and demands that would make sole traders think hard about taking on the onerous task for the fee involved. But we have corporate masters and group agreements to service, which is why I collect those thick rubber bands the postman drops. Secure round your trouser bottoms and it’s a long way for the little bloodsuckers to leap once they sense the warmth of a fresh human body.

‘Shite area.’ Answers assistant manager T, to S’s question. He looks a bit peeved I’ve asked her to accompany me, but she’s a lot tastier and not only to wingless jumping parasites.
‘Everyone has to live somewhere.’ Counters S feistily, before adding. ‘Of course I’d like to come.’
Got to love her left of centre politics, though she might start swinging the other way after seeing too many more spitefully trashed former homes. They do say socialism is something that can only be cured by age and financial good fortune. But for now, got to love her….

‘Why are there so many fridges and washing machines outside?’ Asks S as I weave through the narrow street we are visiting, eyes straining for the house number. I should really put my driving glasses on but they make me look like a sad, middle-aged man.

‘Since they started charging commercial vehicles at the municipal tip.’ I tell her. ‘People don’t go as often, or they dump their waste goods at the side of the nearest bit of rural road.’
‘Probably why they are all still on the pavement.’ Says S with a wry smile.

This place is far from any greenery and has yet to be gentrified. The housing stock is low grade, spec built homes, in need of love and attention. Once the skips start appearing and a delicatessen and a coffee shop opens, the area will be on the up.

‘Not sure I like it here.’ Says S as I fiddle with the door lock.
We don’t stay long.

Sometimes as an agent you have to take what you can get if the property market is ever in a slump then you will find a way through.

Re-posession properties too are always tricky to deal with.

What is the commission on a repo?