Here I Am Again On My Own - Monday 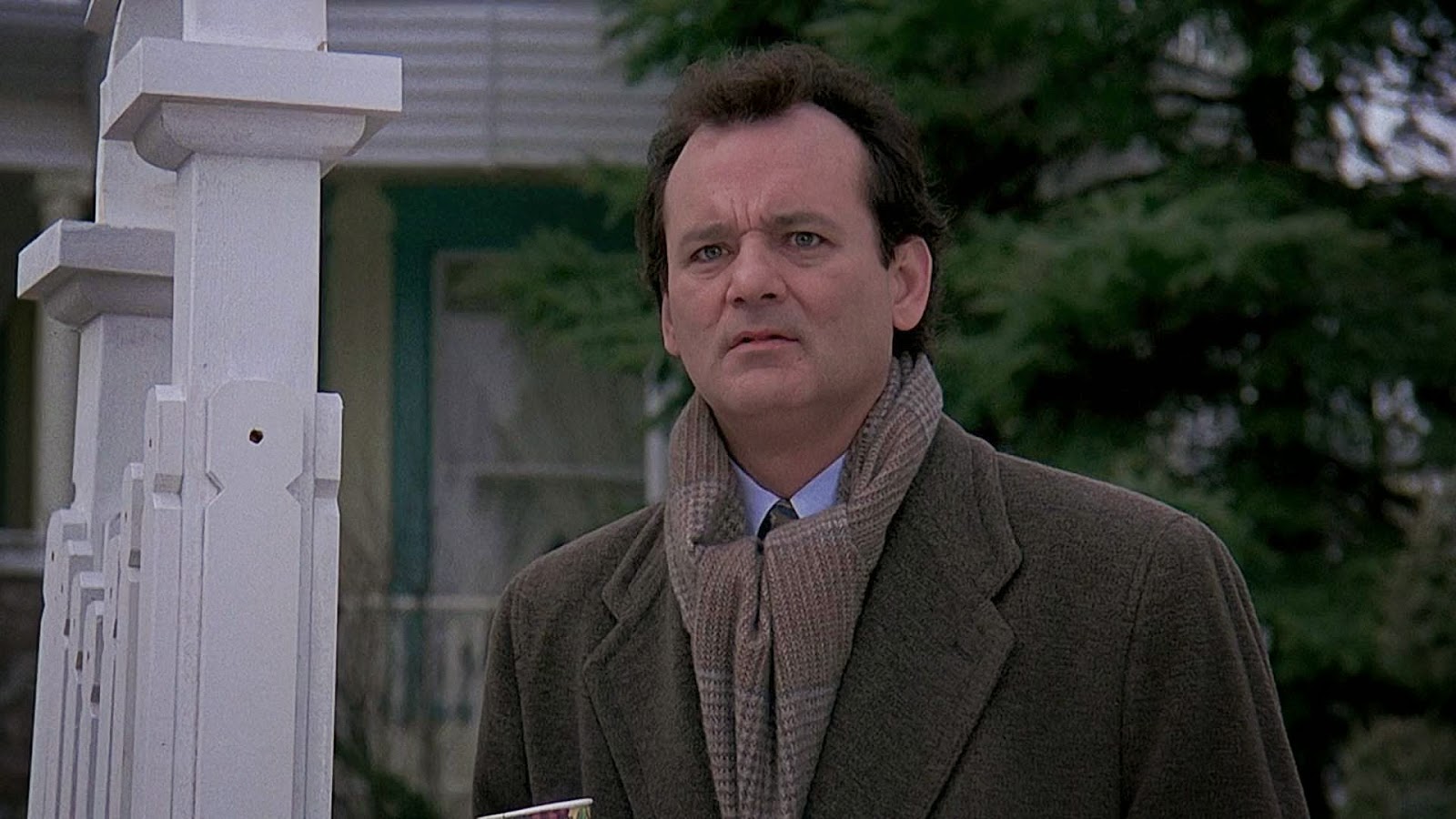 Another bleak January arrives and once again I feel as if I’ve been plunged into some dystopian nightmare, peopled by scores of malicious little figure-fiddlers constantly increasing targets and cutting costs. Well, it is a General Election year…

The park looks the same as I cross it wearily. The familiar winos are stirring from their benches and the Bulgarian Big Issue seller is just ahead of me, heading for the high street. His body language is guttural at best, as he slopes towards his draughty kerbside pitch. I wonder if his boss has upped the number of units he has to flog before he gets a bonus?

I sidestep the carcass of what might have been a deep-fried Kentucky bird of some description, or a particularly skinny cannibalised-rough-sleeper, and familiarly start to feel like Bill Murray in Groundhog Day, only without the mildly successful back catalogue and cult following.

No sign of the street cleaners yet, or the downtrodden gardeners who battle against the fast food fly-tipping while trying to maintain some colour in the borders that isn’t corporate-branded packaging. I hope they have their sharp-proof gloves on, because I spot at least three discarded syringes where you might have hoped for a winter flowering pansy.

I look up at the office fascia as I arrive outside. Terrific, one of the fluorescent tubes is flickering forlornly. The last time I tried to save some money and brought my stepladder in from home there was nearly a very nasty accident to put in the book. I should climb up myself next time, although it was almost an inventive way of getting rid of F, the hapless trainee. But the paperwork would have been endless, and there’s already a bloodstain on the pavement.

I should call the maintenance firm head office have retained but I know it will take weeks before they eventually send some bozo with English as a third language, and the wrong type of screwdriver. Then the bill, when it hits my profit and loss account, would be most unwelcome this early in the year. I need contracts to exchange and some solicitors won’t be back from the Caribbean for another fortnight.

As I punch in the alarm code and the beeping eventually falls silent, I look at the reverse of the window display. This is where the photogenic sold homes reside until the sun fades them too much - and the over-priced duff stock sits, until the owner swops agents or withdraws from the market. “We’re not giving our house away, you know.”

In the kitchen, as cold as the grave until the heating cuts in, I fill the kettle and line up the slightly stained mugs. The tub of Celebration is still open by the coffee jar and even the aptly named Polish cleaners haven’t eaten any of the mini Bounty bars.

Here we go again, I think, as I stare at the newly inked office and individual targets pinned next to the Office and Factories Act poster nobody understands, particularly the bit about Railways. There is so much legislation swirling round running a business that you can see why the board man, the leaflet dropper and the locksmith all decided not to employ anyone alongside themselves. And as the kettle rolls to the boil, it seems I might as well be a sole trader, because nobody else has arrived yet. Then the phone rings.

Five fractious minutes later I’m still alone, and minus one sale for the first week. It’s not as If I haven’t heard the words, “We can’t find anything as nice as our home so we’re withdrawing from the sale and taking it off the market,” before. But is still hurts like a knee in the groin. Every time.

Computer screen coaxed to life, I watch the emails scroll down relentlessly. It was a much gentler, kinder pace when you had to wait for the postman to deliver bad news. The bean counter boss has been busy over the holiday period, his name appears on several curt missives I’ll be depositing in the virtual waste basket.