Down And Out - Wednesday 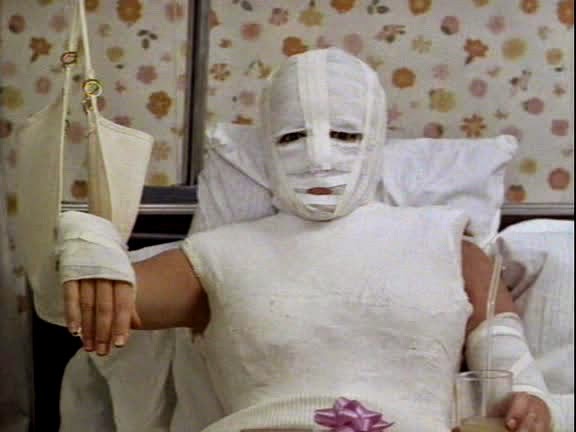 ‘Whoaaa!’ Bellows assistant manager T, disturbing my study of the stock list. ‘We’ve got another faller.’

I look up from the record of every home we have on our books, some of which are coming up for their birthday, and see all eyes are staring through the office window. Putting the printout aside and  doing likewise with the thought of having to ring some of the more recalcitrant owners for price reductions, I move to the focus of attention.

‘It’s a bleeder too.’ Announces T staring out towards the pavement where I can now see an elderly woman sprawled in an undignified face-plant-to-paving-stone position. A couple of passers by have stopped in a sort of slow motion shock, although plenty of others are hurrying on by, pretending to be pre-occupied by phones and urgent transport connections.

‘We should go out.’ Says negotiator S, concern in her voice.
We should, I think rapidly, only the last few have bled on the carpet and sat for upwards of thirty minutes sobbing, or telling us their extended life stories, before the ambulance finally arrived.

‘Leave it.’ Says fat finance man M dismissively. ‘It will only be a load of grief.’
‘You callous sod.’ Says S with remarkable restraint. ‘Just because she’s too old for a mortgage.’
‘And it might be a bit late to flog a critical illness policy.’ Muses T. ‘Existing conditions are excluded aren’t they?’
‘Hilarious.’ Responds M sourly, before waddling towards the kitchen.

‘Shall I call the ambulance?’ Asks S urgently. Two of the passers by are now bending down to see to the dazed old lady, and another slightly shadier character has picked up her handbag. I watch him, even as I make the mental calculations as to how much grief bringing the bruised pensioner inside will cause, on a busy day.

‘That bloke in the hoody looks like he’s about to do a runner with her bag.’ Says T nodding towards the man I’ve already spotted.
Terrific, now it could be the police as well as the ambulance service I’ll be reporting to. But one decision is taken out of my hands, as the potential bag-snatcher confounds expectations and places the bag alongside the stricken pensioner before walking off. Book and covers, again.

‘Well?’ Urges S, a little peevishly.
I know what I’m going to do, I’m just angry the council don’t respond to requests to mend broken paving slabs but still sting us for obscenely high business rates, then never collect the commercial waste on time.

‘Why is their skin so paper thin?’ Asks trainee F as I walk towards the door. The old woman is bleeding, like a burst crimson water main, from a nasty head wound. Groggily, she begins to sit up with the help of the two bystanders who had time and the inclination to stop.
‘Get some paper towels.’ I tell F irritably. ‘ They just get fragile after a long life.’ I say as I grab the door handle and wonder how many more years dealing with home moves before, I too, start leaking claret with every fresh hit?

‘I don’t want any fuss.’ Croaks the ancient lady once she’s sat at reception and the two good Samaritans have vanished faster than a summer mist.
S is ministering to her gently, boldly mopping up blood without the gossamer thin protection of any latex gloves. Human Resources dictated the First Aid Kit couldn’t have aspirin or paracetamol in it some time ago, so protection against HIV positive Grannies, or Ebola leaking holiday makers, isn’t available in the echoing red container.

‘Ask her if she’s thinking of selling her house for a sheltered flat now she can’t cope?’ Hisses M as he sways past me, while I wait for the daughter’s phone to be picked up. Before I can scowl at M, the answer phone kicks in. Reluctantly I leave a message that I hope doesn’t sound too disconcerting.

Finally, after learning about the five grandchildren who can’t visit too often as they are very busy, I hear the distant wail of an emergency services’ siren.

No fractures just bruising - same with the old woman.

If you want to avoid heartbreak in the property market, download the ebooks. Links on the right. You'll be laughing.
Posted by secret agent at 8:43 PM

Lead by example.
Instead of discussing it, get outside and help (kicking T up the arse on the way past).
Put the pensioner with S in your office.
Get M to make her a cup of tea.
Get F to pick up some latex gloves free from the petrol station.
Get T to source some paracetamol as part of his management training (a quid at poundland).
Stop blaming everyone else and take responsibility.

Maybe then you can move on to "How to shift properties after a year unsold in a rising market."