Sowing The Seeds Of Love 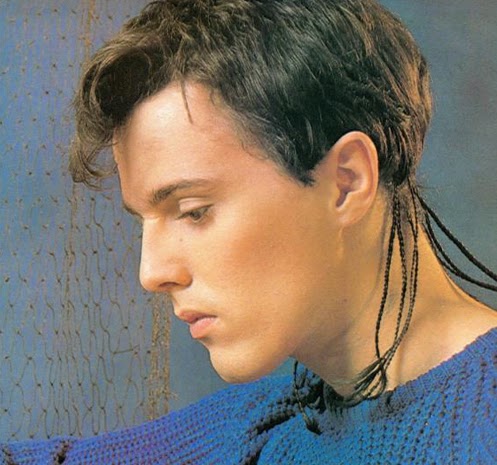 I spot the ancient Volvo creeping along the road belching fumes, while the lady driver looks for a parking spot. I give them a neutral wave as they pass by and notice a bearded man in the passenger seat and two young girls strapped in the rear. Great, I think, kids running wild on a viewing is all I need and as if to compound my nascent opinion of the occupants, I notice a rear bumper sticker championing Greenpeace.

I move to the front door of the Victorian terraced house I’m selling, trying not to laugh at the apparently unnoticed irony of the tree-huggers driving a car spewing out more contaminants than a new Ford or Ferrari.

‘Good morning.’ I call cheerily as the family unpack and I see the man has a ponytail. Someone should tell him they went out when Tears For Fears split up and even then Curt Smith looked a twat. All I need is for him to strap on one of those papoose carriers for emasculated men who can’t breast feed and I’ll know for sure he’s a tit.

‘I’m hungry.’ Whines the older of the two oddly dressed girls.
‘Just wait Poppy.’ Says the harassed looking Dad - I’m guessing stay at home and self-teaching the kids, type. ‘I have some carrot sticks in the car if you behave.’
‘I’m hungry too.’ Grizzles the smaller of the kids from hell.She appears to be wearing some sort of self-knitted hemp number. The Dad probably made that.

‘Try and control them while we look round Henry.’ Barks the mother, who I notice is about five months pregnant. If I was Henry I’d ask for some DNA testing. He doesn’t look like he could get up in the morning for anything other than making organic muesli.

Trying to ignore my innate prejudice to parents who damage their children in ways Social Services have yet to fathom, I introduce myself.

‘Does the council allow solar panels?’ Asks the wife as the husband parts the two girls who seem intent on pulling each others hair for sport - they probably aren’t allowed iPads.
‘I see no reason why not.’ I answer evasively - apart from the fact they are expensive, inefficient, prone to failure and aesthetically abhorrent.
‘Stop that now Daisy.’ Pleads the husband weakly as the Satan’s spawn brats continue to bicker.

‘The lounge could be bigger.’ Says the woman haughtily as I start the tour and wonder mischievously if they’ll call the third daughter Rapeseed or maybe Cowslip? If it’s a boy of course, they might take a flyer on Pansy just to cover all bases.

‘It’s a standard size for these homes.’ I say neutrally. The Victorians probably didn’t figure you’d need extra width to accommodate a home birthing pool, I think acidly. One that could double as a eco-pond in the garden after number three has arrived - you wouldn’t even need to scrape the placenta off the side as the frogs would love the nutrients.

‘We don’t believe in mainstream schooling.’ Confirms the mother as we look round the extended rear reception room.
‘I need the lavatory.’ Wails Daisy insistently.
Wonderful, I’ve had people dump in clients’ homes before and they don’t appreciate a floater when they come home from work. I’ll need to check the bowl and the windows before leaving.

‘I’m a lawyer.’ Says the mother by way of conversation while Henry and Daisy are in the bathroom. God, I bet her firm are delighted she’s about to give birth again. No way they’d dare mess with her maternity rights.

‘Oh really Daisy?’ Comes Henry’s forlorn voice from behind the flimsy bathroom door.
‘A number two?
‘I specialise in…’ Begins the mother as she tries to cover some unpleasant noises from the bathroom.
Don’t tell me I think.
‘…human rights.’
You didn’t need to tell me.

I’m pretty sure the owners’ rights to clean air are being violated as a sheepish Henry emerges with his daughter. They may be made of sugar and spice but this girl has eaten too much lentils and rice.

‘Did the eco-family like number 12?’ Asks negotiator S on my return.
‘Wrong prevailing wind.’ I tell her.