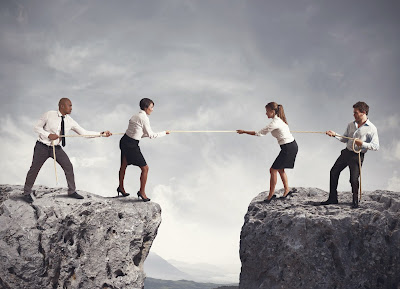 ‘Seen the latest property survey?’ Asks assistant manager T when I walk in to the office wearily.
‘Do you want to narrow it down a bit?’ I snap back sarcastically.
‘Appointment didn’t go well then?’ Counters T.
As it happens, no. The owner had already sought the “ expert” advice of three of our competitors and had been horribly mislead on price by two of the usual culprits. Blinded by the numbers they just wouldn’t accept my comparable evidence of recent , similar home, sales around them. But then if they follow property price surveys…

‘Which bunch of shysters was it this time?’ I ask T, shrugging my suit jacket off and loosening my tie a tad.
The problem is, so many conflicting price surveys are issued that it’s no wonder the home owning and home buying public are confused.
T names a well known lender and a none too well respected newspaper.’Well what do you expect?’ I tell him rhetorically. He nods gloomily.

With a 24 hour hunger for news and property prices a raw and emotive subject, no matter what the marker is actually doing, the need for something to say - anything - is relentless. Consequently you can get three conflicting reports within the space of one week. Lenders with a narrow loan base to draw their date from and with no access to cash buyers’ figures, seem to be the worst offenders. The government data is at least partially accurate although in common with all the others, is slewed by London prices - and in the Land Registry Data’s case, out of date by the time it hits the news’ stands.

‘People just seem to pick the survey that suits their position, buying or selling.’ States trainee F superfluously. Of course they do. It’s human nature, and as one wrinkled surveyor sage once said to me when I could still make 32 inch waist trousers. ‘The job would be great without the public., young fella.’
Not sure he thought that one through, but then the surveyors official mouthpiece are another culprit when issuing price forecasts on a perilously low, finger in the air style, survey.

The local media outlets tend to ring from time to time wanting anecdotal tales of what the market is doing and of course we suck up to them for our 15 mins of fame on air, or in chip paper print. Not that we think it through that well. With a radio clip to tape, or a  print deadline to meet, most agents just want some free advertising to heighten their profile and impress the client whose home might be featured. They’ll say pretty much what the caller wants to hear.

‘I don’t know why people buy that rag.’ Says T referring to the national paper in question. Actually you never buy a paper, I think ungraciously, you always read mine. But he is right, some media outlets just crave a property story like a junkie needs a fix. They seem to run any spurious tale some desperate PR has pumped out to promote a vested interest. It doesn’t make my job any easier.

‘What do we say if people ask about this stuff?’ Questions F, wide eyed and still innocent - at least where property is concerned. Rumour has it he indulges in some pretty niche activities with that flaky girlfriend of his, but that’s a whole other survey.
‘Depends if they are buying or selling.’ I tell him dryly.
‘If they are selling they’ll want more money.’ Says F brow furrowed.
‘So rubbish it, tell them it’s London distorting the numbers.’
‘Err and if they’re buying…’ Falters F.
‘Well?’ I say, palms outstretched.
‘Uhm, make them chase their solicitor for an exchange, as they’re getting a bargain?’ Falters F.
Maybe he’s going to make it after all.

‘Another one.’ Says T mid-afternoon as he stares at his computer screen.
As I’m with him in the front office I’m guessing he hasn’t just completed a hand of on-line Solitaire.
‘What this time?’ I ask.
T names a different lender whose data has come up with the opposite conclusion their competitors drew earlier.

‘So is the market going up or down? Asks F exasperated.

For a more accurate picture download the 'Agents Diary' ebooks - links on the right.
Posted by secret agent at 7:58 PM