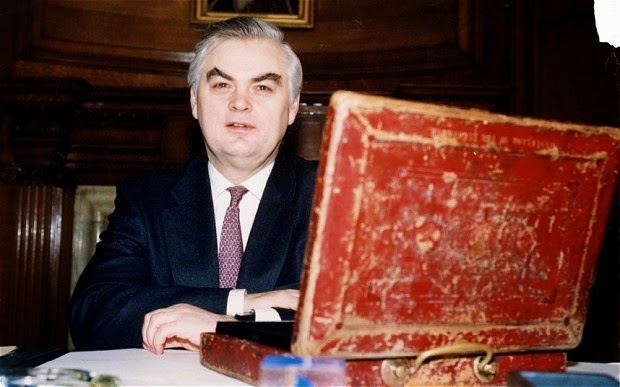 ‘They looked quite young to be at your desk.’ I say to negotiator S as a fresh-faced couple leave the office clutching several sets of sales particulars.
She looks at me and smiles. ‘What instead of being across at the lettings desk?’ And she nods towards B’s vacant station. B has been missing for several hours, ostensibly to do a landlord’s check out, but with her it might just as easily be a liquid lunch - then doing a landlord.

‘They have the Bank of Mum and Dad on their side.’ Says S ruefully.
The phenomenon of parents helping children with their first home deposit is not new, but with rising prices it’s become much more common. If your parents have never been able to option a right to buy on their council house, have failed marriages and the accompanying financial hit behind them, or are just plain skint, it’s not quite so easy to place a tentative foot on the property ladder.

‘Did you get a FS lead?’ Says a muffled voice from behind me. I realise M the portly purveyor of dubious financial services has snuck up behind us, while eating something crumbly.
‘They were all fixed.’ mutters S unconvincingly.
I should press her on the oversight, after all there are office targets as well as personal ones. But in truth I’ve never liked the conflict of interests flogging products to buyers produces, when you are acting for the homeowners. Probably why my career in corporate agency hit a ceiling so low I’m stooping prematurely.

‘You could have got me in there for an alternative quote.’ Grumbles M shedding flaky pastry on the office carpet again. He’s right. The consultants are trained to do a bit of disturbance selling and to knock competitors out of the equation with promises of “exclusive rates” only available to them. Traditionally, it involves smoke and mirrors and insurance products designed not to pay out, or to wriggle more than a snake in a bag, once you try to make a claim. I still remember the endowment policy and payment protection plan fiascos.

‘They were adamant.’ Counters S with a rather fetching pout. I almost believe her.
‘I’m not happy.’ Mutters M waddling away. Try some more comfort eating then, fat boy, I think sourly before turning back to S and asking.
‘Did you book any viewings for them?’
'Three on the trot this afternoon.’ Says S with a triumphant smile.
I could almost kiss her - almost.

‘Not sure my Mum will ever sub me for a deposit.’ Says trainee F who has been stuffing envelopes at a snails pace throughout the conversation. That’s because she’s on her fourth partner and wasted tens of thousands on a private education for you, I think. I still reckon she could get a refund. If they can claw back thousands in compensation for mis-sold insurance products, surely a law firm could stop chasing ambulances for a while and try suing the school for turning out a well-spoken dullard, after six years of tuition?

‘Of course it must of been easier back in your day.’ Says F, adding patronisation to crinkling sales particulars in envelopes unnecessarily, on his list of misdemeanours.
‘It didn’t seem like it when my mortgage went up three points to 15% in the course of an afternoon.’ I snap back, referring to the chaotic day when Britain was thrown out of The European Exchange Rate mechanism and my complete sales pipeline collapsed overnight. It was named Black Wednesday and I’ve had a few of those in my career, not to mention Thursdays, Fridays…

‘Fifteen percent?’ Echoes F incredulously. ‘You are having a laugh.’
I wasn’t chortling at the time.
‘Were they really ever that high?’ Asks S gently. I forget how young my team are compared to me - except when we go out for the increasingly rare, sales award evening. Then I feel like their dad and dance like it too.

‘They were.’ I confirm, before adding. ‘I don’t think it’s ever easy to buy when you first start out.’
‘I’m going to wait for prices to crash.’ States F moodily.

Be careful what you wish for.

I don't think most of these coffin dodgers understand . Single income households could buy a property with the end in sight. No chance anymore.

Saying I paid 15% don't you know is just sensationalism and not the full picture, and it didn't last very long.

I was a kid back then and you could easily get 10% on savings! In fact ISAs were over 7% in 2001. I.e. Mortgages and savings rates were almost matched in the early 00s. Look at it now!

Oh you had it SO hard. You average mortgage was 3x income - which was rising 10% pa.

Oh yea I also forgot, it inflated your debt away too didn't it, so that 50k mortgage looked like 5k in no time and 20% pay rises all round