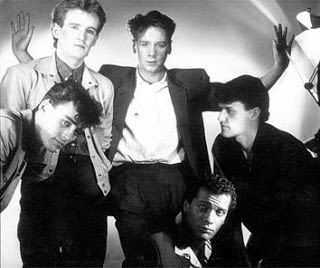 ‘So how do you know the happy couple?’ Asks a man in sports casual, with a belly belying the brand. I’m at a birthday bash for one of my oldest friends, curiously his day correlates, quite closely, with his wife’s – but then he had two other spouses before he hit on a match. They have thrown a joint celebration.

‘We used to work together way back when.’ I tell the man, as his considerably younger girlfriend – we’ve already established over watery chilli and cold rice, that he too has been keeping matrimonial lawyers in villa holidays – looks on feigning interest.

The man chuckles voluminously, his vast man breasts jiggling the premium brand company logo distractingly. Still, stops me focusing on his barely legal girlfriend’s tits. I wonder if he stalks his daughter’s Facebook friends’ page to save paying out for dating website’s fees?
‘You one of those property sharks too?’ Asks the man between tracer- bullet-like grains of Uncle Ben’s finest, he’s projectile ejecting in my direction.

I feel my wife’s hand close round my arm in a vice-firm warning not to start an argument. I nod a suitably apologetic confirmation then enquire as to his profession?
‘Ex Royal Navy,’ grins the man pausing dramatically to allow anyone sufficiently interested to enquire after rank, campaigns fought and which of the few remaining ships he might have sailed on. I don’t give him the pleasure.

Slightly deflated, the man warbles something undecipherable about now doing consultancy work using his maritime expertise. Unemployed then, says the inner voice with the big shoulder chip. Juts as well this no-longer-able seaman is unaware we mock ageing ex-service personnel, who insist on adding a long finished rank to their names when registering for property, with something like: Group Captain – insert double-barrelled name – RAF (Retarded). The simple pleasures get you through a day of pompous time-wasters.

‘God he was a bore.’ I tell my wife, straining to make myself heard over a cheesy compilation of eighties hits, at least three of which I’m embarrassed to realise I own – on vinyl though, so they are lurking in the loft. We won’t be moving in a while what with punitive stamp duty and nobody wanting to sell a home to a fellow agent without a backhander. My sons can dump the warped records and toys my wife refused to throw away, when I’m no longer capable of climbing a ladder - or sitting on the mantelpiece in an urn.

‘You dislike everybody.’ Hisses my wife, smiling at another person whose name I can’t recall.
‘You haven’t been to all their homes and pretended to like their children…or pets..’
‘Don’t be stupid.’
‘..or wives.’
That one made her think.

‘You ok mate?’ Asks the host as he wobbles to where I’m sitting morosely. He’s one of the few people who can address me as mate without my hackles rising. He’s pissed, and I want to be. I nod towards the projector screen where a half-lifetime of photographic memories are scrolling through on a loop. It was amusing at first but I’ve seen myself ageing, dropping hair and adding weight for about an hour now, as I dip in and out of my friend’s life through the course of several decades, several children and several – of his – marriages.

‘Yeh.’ He says reading my mind. ‘I thought it would be a good laugh when I scanned and loaded them all.’ He pauses, as what I think is his mother, appears in a faded shot. ‘But a lot of them are dead now.’

We talk for a while, remembering old times before the conversation verges uncomfortably towards maudlin.
‘You know what all the old gits say when I go to value their homes?’ Asks my friend semi-rhetorically.
‘Don’t get old?’ I respond, to a nod of recognition.
‘Yeh, every time.’ He replies, grinning.
‘Alternative isn’t too peachy.’ I say, as a shot of me in a double-breasted suit, with a hint of a mullet hair cut, scrolls by.

‘You okay?’ Questions my wife, as the car buzzes along the motorway and I slump in the passenger seat, several pints too many sloshing uncomfortably in my belly.

Get the 'Agents Diary' ebook while I'm still here...

US Readers: http://amzn.to/vXpFJf
Posted by secret agent at 8:26 AM