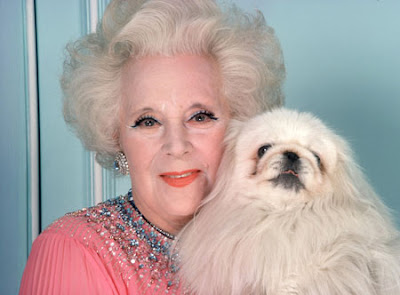 ‘Come on you wasters.’ I grumble audibly. There’s nobody else in the car, but I get an odd look from the woman tugging a shopping trolley who happens to be peering in my open car window as I spit the complaint out. I smile at her - she scowls at me. I could have said a lot worse lady. Not sure how she tagged me for an estate agent anyway, mercifully the car isn’t sign-written with the company logo. Perhaps it was the shirt and tie. Most other males round here are in jogging bottoms, wife-beater vests and sport more piercings than a gang-banged hedgehog.

I punch the office name on my mobile phone and start to fret it won’t be answered in three rings. Relief and a butterfly flutter of pleasure courses through me when S, my impressively stacked negotiator, comes on the line in two-and-a-half rings and purrs out the corporate greeting. She should do those premium chat lines if everything goes tits up…

‘That couple viewing flat 12,’ I tell her. ‘They haven’t cancelled have they?’ A few seconds pass while S checks the message book and I think what I’d like to do to all the people who make appointments then don’t show up, and don’t have the courtesy to let us know.
‘Nope, nothing showing.’ Announces S as I put on hold a vision of some vast spiked wheel - a bit like that one in the ancient Duran Duran video when Simon Le Bon nearly drowned - peopled with all the inconsiderate bastards who booked but never arrived. A big wheel and not enough water.
‘Do you want me to ring their mobile?’ Asks S interrupting my disturbing daydream, one that would cost me several expensive sessions on the psychotherapists couch if I didn’t have a Blog

I gaze into the middle distance, mind whirring. Then I spot them. A forty-something couple, the man overweight and, like me, overdressed; the woman tottering in tight – mutton clad as lamb – pencil skirt, with heels almost as high as the first-floor flat we were due to view fifteen minutes ago.
‘F**k.’ I say without thinking.
‘Excuse me?’ Says S in mock horror. I’ve told people not to swear in the office – except when a sale falls through – but sometimes a lusty Anglo-Saxon expletive is the only word that fits the moment.
‘They are carrying a dog.’ I say in way of explanation.
‘F**k.’
You’ve got to love her – except I can’t obviously.

‘You going to let them do the viewing with it?’ Asks S, suppressed laughter in her voice aching to escape. She knows I dislike pets at the best of time. They’re a curse to estate agents, either trying to bite or shag you whenever you visit a home. And what’s worse they make me sneeze just by being in the same room. Now I’m expected to share a lift with some over-pampered dog that nobody has ever said no to – the pooch probably isn’t much better…

The couple have spotted me and are making a beeline for the car. The man is clutching a set of our sales particulars; the woman is holding the ratty little dog like a hirsute baby.
‘I’m not sure pets are allowed in the lease.’ I tell S, pasting a smile on my face and acknowledging the approaching pair with a wave. It’s too late to check. I should know. It would save me several snotty minutes with this couple. I hang up on S and climb uncomfortably from the car, nearly tumbling into the gutter as my back locks up again and a teeth-clenching pain shoots down the sciatic nerve.

‘You the agent?’ Challenges the chubby chap, without a hint of an apology for their tardiness. I do the introductions, sticking out my paw as the snappy little dog withdraws his and gives me the benefit of his yellowy teeth and a girly growl.
‘He doesn’t like strangers.’ Says the woman, who up close is wearing more makeup than an entire West End chorus line. Why bring the smelly hound on a viewing then? I think. It turns out the dog crèche was full – you couldn’t make it up.

Did they buy it?


You must be barking.

----
Take a cheap bite of the property market with 'Agents Diary' ebook on Amazon, here:

US Readers: http://amzn.to/vXpFJf
Posted by secret agent at 7:40 PM