Can't Always Get What You Want - Wednesday 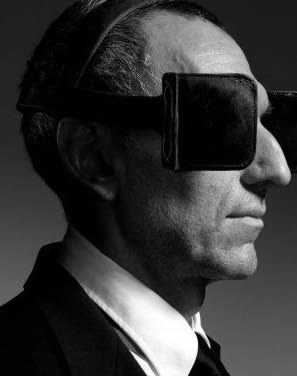 ‘So how much you going to sting me for selling my house?’ Challenges the husband as his wife nods in passive-aggressive agreement. I’ve done the preliminary chat, establishing motivation, and the walk-round what is a pretty average semi-detached house from an uninspired architectural period. Now for the tricky bit…

‘If I could just run through the marketing we’d recommend for your home.’ I begin, trying to keep any trace of weariness from my voice. Those that have the fee-blinkers on won’t often be distracted, now matter how financially destructive their obsession with charges alone, might turn out to be.

‘Never mind all that nonsense.’ Interjects the man, clearly enjoying showing his nodding dog wife he’s an Alpha male. He’ll be doing her from behind later suggests a distracting inner voice I could do without - particularly as the wife is staring at me earnestly. She’s either attentively awaiting my reply or I’ve left my flies open.

‘I know you lot are all the same.’ Continues the man, smirking at his wife before adding. ‘I’ve done my research.’ For a moment I wonder if my huge internal groan has verbalised externally. That would be almost as bad as that awkward moment in a client’s house when I made to discharge a gaseous build-up silently, only for a light-fitting-rattler to blast from my nether regions. It was one of the few times I was glad there was a pet dog in the room. God bless you Buster….

One of the most demoralising customers, are those with a little knowledge and a similar amount of intellect. The type of individual who wield a clipboard, with a self-made grid listing the pros and cons of each agent and tick boxes with comment spaces. Ultimately though this guy will be only thinking, price and fee. The future service element and how much an experienced professional operator could save him, doesn’t have a place on his form.

‘I’d like to think not all agents are the same any more than every car, or television is identical.’ I tell him, regurgitating bits from several courses. He has a BMW on the drive and one trainer recommended disparagingly telling owner’s with prestige cars and an aversion to sensible selling fees, that they could be driving a budget brand motor but they’d actually recognised a difference there. To be honest some sales scenarios are best left for the classroom – particularly with dental costs as high as they are.

‘You just stick a photo in the window and put it on a website.’ Goads the man, ruffling towards his wife like the cock I’ve decided he is. And to think I sat exams to try and differentiate myself from the wide-boys and girls with sign-written company cars.

I try to point out that the value of an agent’s expertise often comes during the negotiation phase, or the protracted post sale, pre-exchange period. Endeavour to enlighten him on chain delays, down-valuations, bad survey reports, unhelpful local searches, covenants and deeds of variation. I might as well be conversing in Swahili.

‘You’re having a laugh.’ Snaps the man when I finally tell him my recommended asking price and suggested fee.
‘That’s several thousand pounds.’ Says his wife. ‘Just for advertising it.’
It’s not just for advertising it, plus it’s No Sale No Fee. And I have a feeling it would be the latter in the unlikely event I get the instruction to sell.

‘I’ve been offered way more than that on the selling price.’ Begins the man, showing his grasp of the property market hasn’t been improved by wielding an A4 self-penned comparison sheet.
‘Yeh and we can use an on-line agency for next to nothing.’ Adds his wife, as I think, that’s what you’d get lady.

I’ve seen more on-line agency outfits that have ‘spotted a gap in the market’ come and go in the last decade than we’ve had Baby Clothes shops in the High Street start and fail. The sort of ill-researched enterprises favoured by smart-suited, dim-headed candidates from television’s devoid-from-reality show, The Apprentice.

‘How did the valuation go?’ Asks negotiator S, fifteen later.

They are probably assembling their own for sale board about now.

US Readers: http://amzn.to/vXpFJf
Posted by secret agent at 4:32 AM

Know the type. You've summed him up perfectly.

Sadly his perception of Estate Agents is probably influenced by the fact that many of them do little more than advertise the property on the portals, and will tell people what they want to hear just to secure the listing.