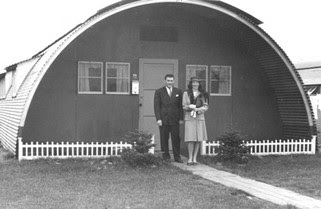 ‘Do we sell park homes?’ Asks trainee F, phone cupped ineffectively instead of on hold, as I always keep telling the numbskull.
If it’s a home set in a park, I think, yes we’d be delighted - if it’s an overpriced shed, not so much. But with new instructions to sell always a battle, I waver, despite the evidence of history.
‘Get some more details.’ I tell F having walked over and stabbed the mute button on his phone base. ‘Then see when I can go and visit.’

It’s a long shot. Park Homes, for the uninitiated, are what used to be called mobile homes until someone realised you’d get more money for them if you took the wheels off, hooked them up to a rudimentary sewerage system and provided electricity for daytime television viewing. In the United States, I believe they’re known as trailer parks, in the UK they are similarly trashy only without the need for air conditioning units. The parks tend to be populated by elderly couples who failed on the property ladder of life, or have downsized ill-advisedly, thinking a timber cabin with stick on rubber roof tiles is actually a bungalow, only cheaper, thereby allowing them to eat more than value meals and tinned horsemeat for the rest of their naturals. The beneficiaries are never thrilled.

‘So they’re, like, really good value?’ Enthuses F after I’ve given him the low down.
‘Not exactly.’ Interjects assistant manager T.
F frowns that bovine look that makes you think slaughterhouse and a humane bolt-gun administered to the cranium - no questions asked and only minimal paperwork for the Personnel Department.
‘Nobody will lend on a park home.’ Continues T. ‘At least not mainstream banks and building societies.’
‘Waste of time.’ Echoes fat mortgage man M as he seesaws past, masticating.
‘Cash buyers only, as a rule.’ Says T.
‘And they’re too skint to take out decent insurance policies.’ Adds M. ‘Property underclass. I wouldn’t have one if you gave it to me.’
He would.

‘Thanks for letting me come with you.’ Enthuses F, as I negotiate the bumpy track and see the Park entrance. A paint-blistered sign promises high-quality new homes from a price point I still consider expensive. I’m already regretting my generosity twofold; one by coming to value a timber caravan I probably can’t sell, and two for bringing the only type of owner these places will appeal to – albeit in about forty-five years time after F’s inevitable failed marriages and ineffective career. I really must look into registering as a charity. I’ve talked about it and there are plenty of empty shop units in the high street for a rent-free outlet. I just need to get round to the paperwork.

As I daydream and slowly motor along the cramped, weed-strewn lanes of shabby units, an officious little man with a goatee beard and an attitude problem steps in front of the car and holds his hand up, traffic policeman style. I’m sorely tempted to accelerate, but of course I don’t. Window down, I wait for the inevitable lecture.
‘Who is this?’ Hisses F as the sour-faced man walks around the car towards me.
The park owner, or warden to be more accurate.’ I whisper. ‘Little Hitlers most of them. He’s about to warn us nobody sells without his say-so.’
And true to form, we’re informed.

‘So you’ve met that grubby little man.’ Says the lady owner, as we sit in her open plan lounge, slight swaying motion as the wind whistles round the angles. She’s made the best of a bad job with a mock fireplace housing an electric fire, and a sagging sofa set arranged toward an ancient cathode ray television set with a digital box perched on top. It’s still a caravan though, just without the option to shift elsewhere that easily. I tell her we’ve had our card duly marked. The owner reminding us all the homes are on leases granted by him and that he has to approve any new incomers - effectively making the whole flyblown couple of acres his own creosote-coated fiefdom. Needless to say, he’s already offered to ‘buy’ the unit, at a price even I wouldn’t dare to suggest.