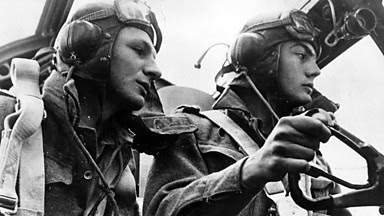 ‘Here comes Sheller.’ Announces trainee F with unusual confidence. There’s a long silence, as we look at him, each other, then follow his gaze out into the high street.
Assistant manager T sighs then enlightens the imbecile. ‘It’s Bomber, his name is Bomber.’
‘The end result is the same though.’ Says negotiator S with a shake of her head.

‘That’s what I meant.’ Counters F defensively. ‘Bomber.’ He hesitates then asks. ‘Remind me why he’s called Bomber again? He’s too young for euthanasia but a controlled explosion at his desk might work.

‘Because he destroys sales.’ Answers S, saving me from some witheringly sarcastic response that might involve another re-education course with some touchy-feely woman from HR who doesn’t shave often enough.

Every town has a harsh-minded surveyor or two. Long in the tooth practitioners who were sued until their professional indemnity insurers threatened to withdraw cover, after the last property crash. Where lenders who were all to happy to advance money rashly to those with dodgy employment letters, or self-certificated borrowers proffering back of a fag packet first year accounts, decided to retrospectively blame the surveyor for signing off a value that some expected to only keep rising. 20-20 hindsight is a real gift.

‘I’ve complained about him to my panel of lenders.’ Contributes tubby mortgage man M as he waddles across the office something chaffing again unpleasantly. ‘Tried to get him struck off but they won’t play ball like they used to.’ There’s a reason for that, I think glumly. My memory and longevity is elephantine and I’ve repossessed more homes than I care to remember.

‘If the sale goes down the pan, could you ask the owners if they’d like to rent it out instead?’ Asks B from lettings unhelpfully. The dagger-shaped looks just bounce off her. ‘What?’ She asks with an air of innocence she lost a long time ago. ‘A girl’s got to make a living.’

‘Be nice to him.’ I counsel as Bomber approaches the door. ‘You never know, he might value it up.’
‘Fat chance’ Says M without a hint of irony.
M is right. But I can’t afford to upset the surveyor, despite the fact his caution, bordering on outright fear, has cost me thousands this year alone. But then if it’s not Bomber, it’ll be one of his partners in destruction. I know of a Dr Death, The Terminator and at least two Grim Reapers, from discussions with sister offices.

‘Morning everybody.’ Breezes Bomber as he enters the office. The response is colder than a long-abandoned house. I’m surprised his damp meter doesn’t start pinging off the scale. I beckon him over, and he gives me the address. Only two weeks ago I was punching the air with delight when the sale was agreed, now I’m imagining the fractious conversation with the owner and a call to the board man to re-erect the For Sale sign.

‘Set of the details and the energy performance report please.’ Says Bomber with a forced smile I’d like to force back down his throat. He’s the only person to show interest in an EPC since the last surveyor came in to cover their arse.

I hand Bomber the information and ask him to sign for the keys.
‘Got any comparable sales?’ He asks whiningly. So you can work down from those figures, less ten percent, I think angrily. If you put enough caveats and disclaimers in a survey it becomes as worthless as the EPC he’s clutching protectively.

‘Hmm, price looks a bit full,’ speculates Bomber to an audible pantomime-style hiss from stage left, right and centre.
‘It reflects the market. We had competitive bidding and two disappointed punters.’ I tell him artfully.

‘Reckon it’ll be ok?’ Asks F after Bomber leaves.
No.

More explosive content in the 'too cheap' ebook, here:

Having had exactly the same shit happen to me in the 80's, I denied access to the surveyor saying I wouldn't give him the keys. He was most put out and had a bloody good whine about it. He did eventually see the error of his ways and never down valued one of my house again!