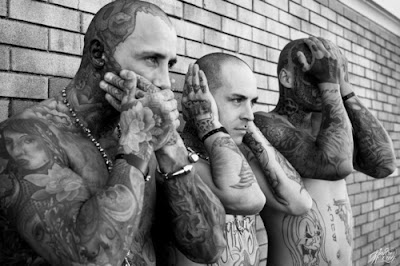 I’m alone in the office with just imbecilic trainee F for company, as we cover the lunch shift. It’s not a lunch hour; such as you might get working in public service, or a heavily unionised environment. Here you grab some sustenance on the run, in between appointments. Spend too much time scoffing rather than selling and one of the, far too many for every town, opposition agents will be gobbling up your commission opportunities. It’s dog eat dog out there…

F takes a call from an abrupt, just short of rude, man wanting property in a road his wallet won’t stretch to. F frowns as he holsters the phone. I watch the rudimentary cogs grinding in his skull. You can almost hear the base material on base material friction.
You’ve been doing this for, like, ages.’ Announces F eventually, with not the most flattering of openings. I nod warily, as he continues. ‘So, did people always hate estate agents?’
‘Pretty much.’ I tell him, remembering my first sale as if it were yesterday and the fact that the buyer thought they’d paid too much and the seller thought we’d sold too cheaply - and not justified our commission.

‘What you have to understand,’ I tell F wondering if it’s worth the effort enlightening him when I’m trying to engineer a second written warning from a reluctant Human Resources department, who do take lunch hours but don’t like Industrial tribunals. ‘Is property is adversarial,’ I continue. ‘Each party is looking to stiff the other. Add in idiotic surveyors, incompetent solicitors, nervous lenders and a chain longer than on the Titanic’s anchor and you can see why people hate the process.’
‘Yes but why hate us?’ Asks F naively.
‘Because we’re the conduit.’ I tell him, instantly regretting it.
F’s face screws up painfully. Finally he asks.
‘Isn’t that some sort of internet scam?’
Still no entry exam for estate agency.

‘Anything happening?’ Asks fat mortgage man M as he waddles back into the office, face buried in something greasy from Greggs the bakers. He doesn’t need an hour to consume more calories than I eat in a day. I tell him the stark truth.
‘No leads for me then?’ Complains M, spitting flakes on to the carpet, that – unless I do it again - won’t be vacuumed for another 48 hours, after the bean counter’s cleaning cut backs.
‘You could chase up some of your back catalogue of non-written business.’ I suggest sourly. M looks at me with distain. He wants fresh meat – and two veg all wrapped in pastry, if he can get it. He certainly doesn’t see keen on foraging for scraps.

‘Bunch of piss-heads coming up the road.’ Says M nodding his chubby face towards the window and doubtless hoping to change the focus away from his non-performance. M only pulls his weight when he gets on the scales.
‘I don’t know how people can afford to get drunk during the day.’ I pontificate, knowing the answer is probably, ironically, in lettings’ lush B’s copy of the Daily Mail on her desk.
‘You might want to lock the door.’ Suggests M retreating to his office, leaving an aroma laced with processed onions.
It wouldn’t be the first time a bunch of drunkards came into the office to abuse an easy target. I dodged the flying chair last time, but I’m not as agile as I used to be.

Before I can decide, the group of Neanderthals are glaring through the glass making rigorous jerking gestures with cupped forefinger and thumb, while one of their number bangs on the window. The last two times I called the police we were closing for the day before the squad car arrived. I’m guessing there are more than a few constables who can’t get on the housing ladder.

The door spills open and the boldest, drunkest, low-life leers in and grunts.
‘You f***ers are the reason we can’t get no place to live.’
Not the fact you aren’t working and are spending all your benefits on cheap cider then, I ache to say - if it wasn’t for the fear of anaesthetic and more emergency surgery.

The spit will come off the carpet in a couple of days.

------
Clean up in the property market with the ebook here: