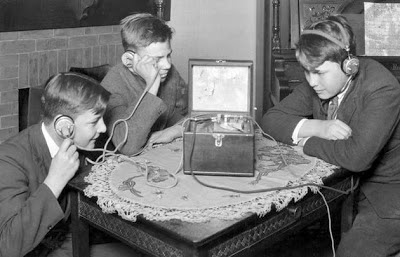 ‘No calls for a while please.’ I tell the office as I begin the retreat to my own space. I don’t often close the door – not least because it’s lonely in there - but some calls need to be away from the general public.

‘Got to speak to the bean counter’ Asks assistant manger T with a wry smile.
Not sure publicising the nickname for my pedantic little figure-fiddling boss was the smartest move I’ve made, but once the lid’s off the box…

‘I’d rather not initiate a call.’ I tell T as he nods in understanding.
‘Secret girlfriend?’ Suggests lettings lush B with a salacious smirk.
‘He’s happily married.’ Counters negotiator S sweetly.
‘Yeh right.’ Contributes fat mortgage man M sarcastically. ‘We deal with more matrimonials than the Citizen’s Advice Bureau.’
‘You’re so cynical.’ Says S with the sort of naivety that only a girl with a single-hand boyfriend count since school, could muster.

‘If you must know,’ I tell the team, glad of the delay. ‘I’m about to ring a customer help line.’ The laughter takes a while to subside.
‘We’ve got to listen to that.’ Pleads T, tears of mirth not far away. ‘Could you instigate your open door policy?’
I promised myself I wouldn’t use the F-word and I fail even before I dial the suspiciously coded number that will probably cost me 45 pence a minute, or at least the bean counter - an upside I hadn’t expected.

‘I’m guessing it won’t be a pleasant experience for the end-user.’ Suggests S with a smile. I bang on day in, day out, about listening to clients needs and responding positively without resorting to a script. Major on the point of difference someone human can give, if they really go the extra yard – metres are available too you Trading Standards Nazis – and respond to requests by doing what they say, by delivering top-notch service. Without it we’re just another agent that nobody likes much.

‘You should tape it so we can have a giggle later.’ Suggests T. The secret recording equipment was banned some time ago, but not after we had several Christmas parties-worth of tapes where other agents responded to fee enquiries and mailing list requests, with laughable ineptitude.

It’s illegal to record without permission.’ I say limply. I think it is, but then I can’t keep up with conflicting legislation at the best of times. I’m supposed to be the Freedom Of Information Act officer - but I try not to tell anyone. The Data Protection Act just adds to the confusion. The thought of telling the call centre drone that I might record my call for training purposes gives me some amusement though. It won’t last.

‘You’ll probably get some dozy Indian who can’t speak English.’ Snarls B with the lack of political correctness that wins her lots of love from Eastern European tenants, trying to rent without references in English.
‘You can’t say that.’ Counters S feistily.
Race Relations Act, I’m 99% certain…

‘We are experiencing high levels of calls,’ clanks an automated voice I already hate as much as that officious woman on my wife’s car sat nav.
‘Of course you are.’ I mimic. When don’t you? I insist my staff answer within three rings but this doesn’t seem to apply in Mumbai. And the accountants think they’re saving the company money by sacking UK staff.

Ten minutes of unlikely 80s soft rock later I’m given several keypad choices, none of which are what I want. I press the # key repeatedly, just for the hell of it. I read somewhere if you don’t conform you jump the queue and speak to a real person. Instead I’m asked for my date of birth, something that really pisses me off.

Far off birthday recited twice, order number parroted in the slow fashion you’d talk to a toddler, or a tottering pensioner, and I’m asked for my home address. The expletive vow fails again.

Close, but no cigar - and no refund. I had to hang up to take a call from my boss.