Display At All Times - Tuesday 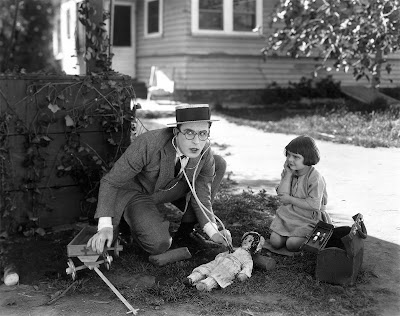 ‘I’ve just realised something.’ Announces borderline retard trainee F, gazing out of the window at a scene bleak enough for a Dickens novel. Fingers lift from keyboards, a call is curtailed and the photocopier conveniently comes to the end of a run.

‘What?’ Asks F alarmed at the sudden wave of attention.
‘Enlighten us.’ Says assistant manager T, smirk barely suppressed.
‘Is it that you’re not cut out for estate agency?’ Suggests lettings lush B rather brutally. I give her a stern look but she’s screwed over harder men than me.
‘No, not that.’ Says F gamely.
‘Tell us then.’ Suggests negotiator S gently.

‘Well,’ replies F. ‘When the weather is rubbish, you never see any traffic wardens.’
The communal groan sounds like an amplified death rattle.
‘They’re all in a café somewhere.’ T tells him dismissively. ‘They only penalise local business when the sun is shining.’
‘Is that true?’ Asks F turning towards me for confirmation.
‘Yes and no.’ I answer enigmatically.
‘What does that mean?’ Quizzes F.
‘Mostly yes.’ I tell him, ditching the veneer of mystery.

A brief and pointless discussion flares about local authorities throttling the lifeblood from already endangered high streets, with punitive business rates, draconian parking penalties and absurd waste collection regulations. It won’t be long before the only units open in most British towns will be charity shops on rent-free leases and…oh estate agents.

‘You should use your Doctor On Call badge a bit more.’ Says F with a girlish chuckle. S looks at me judgementally. She doesn’t approve, but then she doesn’t have to try and park for viewings and valuations where visitors’ spaces are forever occupied, cowboy clampers are waiting round the corner whatever the weather, and a residents permit is a lot harder to obtain since a few foolhardy property people got caught using empty homes as a drop address.

‘You never did say where you got that On Call badge from, says mountainous mortgage man M as he waddles past, puffing like a leaky steam train. ‘And you never let me borrow it.’ He adds sourly. As if M would ever convince a parking Nazi he was a doctor.

‘It was in an empty house years ago.’ I tell the assembly to a disapproving intake of breath. The community noises are beginning to become almost orchestrated.
‘Like another repossession?’ Asks F unhelpfully.
‘Nothing like a repossession.’ I counter defensively - at least not that kind. ‘It had been cleared, it was left in the bottom of a wardrobe.’
‘Still not right though is it?’ Posits S sanctimoniously. One could go off her if she didn’t have the most monumental tits.

‘So he never, like, asked for the badge back then?’ Continues F doggedly. The group moan is a mixture of bass and soprano in what I think might be a minor key, but the guitar is still in the shop window and those aborted piano lessons were half a lifetime ago.

‘He’d have been self-medicating pretty impressively.’ Says T.
‘Huh?’ Asks F.
‘He’d have come back from the dead.’ I enlighten F, as I wonder how I’ll ever resurrect my career with dullards like him on my team.

‘Could we maybe photocopy it?’ Questions B. ‘So we could all have one.’
‘I’m not even sure it’s still a current type.’ I tell her, wishing I’d had the gumption to throw it away, something I’ve considered numerous times – until I spot another traffic restriction or a warden working on their suntan.

‘Yeh but if you can beat the system that’s pretty cool isn’t it?’ Says F.
The long buried – much longer then the dead doctor – punk rock ethos flickers somewhere inside, unless it’s that acid reflux again. They do say there’s nothing in socialism that a higher-rate tax code, a company-funded pension and a mortgage won’t cure. Still working on the full set and Babylon is still burning…

‘Aye, aye.’ Says T gazing out the window. ‘Here comes the warden must be clearing up out there.’
‘Does he know you’ve got the hooky On Call badge?’ Asks M on his way back from the kitchen.

I hesitate but some opportunities are too good to miss.

‘I only use it in an emergency.’

Cure your property ailments with the ebook on Amazon:

house and flats to rent said...

Great article lots of good information, i love to read blogs and articles of all sorts yours was a worth while read