Not Many Lives Left - Tuesday 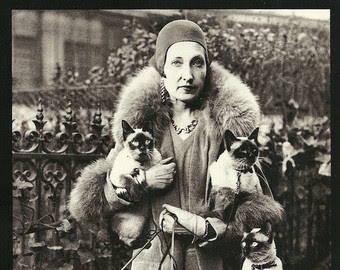 ‘And here she comes.’ Announces assistant manage T with the sort of weary resignation I’ve been dreaming about for years now.
Negotiator S bobs her head up from behind the flatscreen and smiles in recognition when she sees the approaching woman. All offices have them, the regular time-wasters - as opposed to the casual ones who bowl into your working life like a whirlwind, promise to buy or sell then blow you off.
‘Bloody nutcase.’ Proclaims M the morbidly obese financial advisor. He tried to flog her some life cover, a re-mortgage and even, in desperation, some pet insurance last time she was in. But this type is a window shopper for life.

‘Who’s this?’ Asks trainee F, wide-eyed and innocent, only without the charm of a fresh-smelling baby you can hand back before their Snugglers become soiled.
‘One of our habitual lookers.’ I tell F, contemplating whether I should let him talk to the woman as part of his ongoing training. The trouble is he’s so naïve he’ll end up making viewing appointments that the woman will happily go on for something to do and doubtless book my fourth valuation visit to her home. One she convinces herself and every new agent in town she’ll be moving from in the near future, when in reality the only way she’ll be leaving is feet first on an undertaker’s gurney.

‘She’s called that cat lady.’ Enlightens T, as F stares at the approaching target vapidly. I can see the animal hairs on her grubby fleece from across the high street and already my nose and eyes are twitching just from the memory of my last, abortive visit, to her flea-infested home. Five cats and counting plus that all pervading pong of animals which pet-owners are in persistent denial over.
‘Why’s that?’ Asks F, comprehensively confirming his unsuitability for any role involving common sense. The private school his mother and various stepfathers coughed for - just to keep him away from home - somehow coached and cajoled him to some spurious mid-range, heavy on the coursework qualifications, but the school of life has yet to see him sign the register.

‘She has cats you numpty.’ Informs lettings lush B from across the office.
‘Yeh and we all know about women with cats.’ Says T chuckling.
B glares back at him. ‘One is acceptable, two at a push.’ She says challengingly, adding the old chestnut. ‘They’re more reliable than men.’
‘Let’s not start that one.’ I plead, as I track the approaching woman, hoping against hope she’ll misjudge the road crossing and give me about a one in fifteen chance of getting the probate business.

‘The loser women who can’t hold on to a man get cats instead.’ T tells F unhelpfully. I can sense the, along gender lines, friction building.
‘You’re just saying that for a reaction.’ Says S looking nervously at B as her hackles rise.
‘You can’t say that sort of thing.’ Spits B angrily, before turning to me and asking. ‘Can he?’
Probably not out loud.

Trouble is I pretty much agree with T on this one. My experience of neurotic man-loathing women tends to lead to the same, staring-eyed, let them sleep on the bed, cat-loving conclusion. These females – and it is almost exclusively females who own cats – seem to turn to feline companionship after a fruitless love life. Ultimately, cohabiting with several sets of hairballs, rather than one errant set of hairy balls. It still stinks, particularly with the elderly ones who the neighbours eventually smell decomposing. Someone has to go in to clean up the mess and see what is left of the owner the ungrateful pets haven’t eaten. It takes forever before I get the new carpets, the keys and a for sale board.

‘Hello Miss Bryan how are you?’ Greets S, saving me the bother.
‘You now my name?’ Queries Miss Bryan.
‘You were in last year.’ Says S gently.
‘Was I?’
Perhaps I should have let F see her after all.
‘We don’t have any little bungalows.’ Informs S kindly. ‘And most flats don’t allow pets in the lease.’
‘How did you know I have pets?’

And they still say we don’t earn our money.

The property book to save you money, on Amazon - you'll be laughing :

I find reading these highly amusing:)