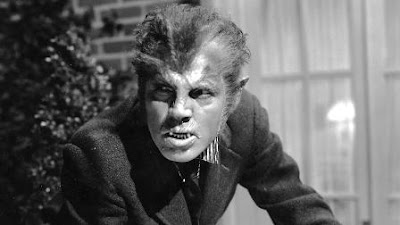 Bunch of pirates.’ I say, as I sit in the back of a car for a change and we wind through ever-smaller communities.
‘Is he always like this?’ Asks the lady driver, my wife’s friend.
‘Pretty much.’ My beloved concedes.
‘What about them?’ Asks the other husband, who is sat alongside me, indicating another for sale board.
‘Shitesters and fee cutters.’ I pronounce decisively.

‘He can never switch off.’ Informs my wife as I glance through the steamy car window at another board, one I don’t recognise. I should keep a record book like those bird-watchers, then start again every January – or maybe not.
‘Local independent.’ I say to the other man. We’ve decided to back female equality with all the vigour of a brace of blokes who can now drink at lunchtimes without having to drive afterwards.
‘Are they better then?’ Quizzes my companion, beery breath in my face.
‘Not necessarily.’ I tell him enigmatically, thinking, buy the book if you want tips on the property game. But then writing anonymously isn’t the best marketing strategy I could have adopted. Didn’t really think that through.

‘You won’t find any estate agents where we’re staying anyway.’ Says my wife as we thump across a cattle grid and move into the sort of desolate moor land where most summers, there will be a wild animal on the loose tale circulating, mainly for the amusement of any American werewolves nowhere near London.
She’s right. We have a long weekend in a converted pigpen where the rental is enough to make me squeal. The small community can just about sustain a weathered pub and the sort of shop-cum-post office that is more endangered than the big cat supposedly roaming after dark, stealing sheep. I’m figuring a couple of swarthy Eastern Europeans with a four-by-four and rudimentary butchering skills are more likely to be the farm animal killers, than an escaped tiger. But what do I know?

‘What do you reckon this place is worth?’ Asks the husband as we unpack enough food and drink to sustain a fortnight snowed in. I give him my best estimate and he whistles.
‘Crikey how do the locals afford that sort of money?’ He asks aghast, as I try to open the firkin of real ale we’ve picked up en-route. Not sure how many pints in the poly-container but I’m intent on finding out.
‘They can’t afford it.’ I tell him. ‘This is second homeowner land. I bet most of the lights will be off when we walk to the pub later - unless it’s another power cut.’

I come across similar dilemmas every day just more densely packed. If you are already on the property ladder and selling, it doesn’t matter how leftwing your ideals are they soon go out the - recently refurbished in keeping with the Grade Two listed elevation yet still featuring discrete double glazed thermal efficient panels - sash windows, once the asking price is floated: “We’re not giving it away Rupert, not after all we’ve done to it”.

‘You were right.’ Agrees my drinking buddy as we make our way through the darkened hamlet, strange braying noises to both sides. He seems a nice bloke. As an estate agent you choose your friends wisely. Invariably I’m a plus one with my wife. The ladies are now two-steps behind us, natural order briefly returned now there’s no driving do be done. They’ll be lagging back at the bar too.

‘Watch where you’re treading.’ I call back, torch flickering ominously. I meant to change the batteries but a last minute survey problem and my list of jobs for the team to remember distracted me. We step round a pile of freshly deposited shit that would take a JCB to scoop and bag, then see the meagre pub lights.

‘They have dead animals on the wall.’ Hisses my wife as we sit in one corner, locals watching us suspiciously. If they find out I’m responsible for their in-bred children not being able to afford to live here, I’m fearing a Wicker Man moment. I couldn’t light the log burner, but I’m guessing I’d combust quite well.
‘It’s a fox.’ I tell my wife witheringly. ‘Why would they mount a camel’s head?’

She got the hump.

Refreshment in a property desert here: