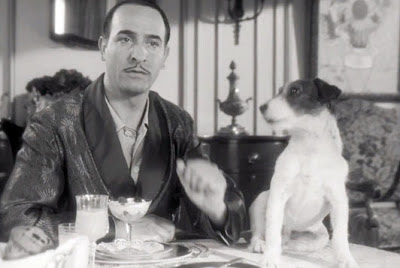 ‘God that house on the Barratt development stinks something terrible.’ Complains assistant manager T as he comes back in the office vigorously brushing hair off his suit jacket. I made sure he did the viewing as I had the misfortune of listing the house. I was so busy trying to avoid the two yelping dogs and mopping my streaming eyes, that I pitched a little high on price and ended up with the instruction. Prospective buyers have all turned their noses up at the grubby two bed, timber-frame, architecturally bland box but the owners are in denial. How to you broach the subject their home stinks of unwashed pets when every owner is convinced the pong doesn’t apply to their Pongo?

‘They just don’t seem to notice.’ Continues T polishing his glasses fastidiously. ‘I mean how do they expect us to sell it when it reeks like Battersea dogs home?’
‘I could probably let it if you like,’ suggests lettings lush B. ‘I’ve got some pretty scuzzy applicants who wouldn’t notice the odd turd on the carpet as long as they got housing benefit.’
I tell B the owners don’t want to let their house. They could do with letting some air into it though.

‘What did the viewers say?’ I quiz, as T gets his germ-killer spray from the top drawer and rubs his hands together so fast I fear he might spontaneously combust. God knows how much paperwork that would generate - assuming the sprinklers actually worked.
‘Said they’d have to redecorate throughout, change all the carpets and relay the back lawn where the grass has gone piss-stained yellow.’
‘Not about to make an offer to take that in to account, then?’ I ask optimistically.
‘No,’ corrects T. ‘The owners would have to do that before they’d even consider looking again.’

I’ve learnt from long and painful experience pet lovers just won’t accept their beloved bundle of hair and excrement might be a hurdle to top dollar for their home, even when prospective buyers are hurdling poo on the patio. They just don’t get it. Dogs might seem friendly but if they salivate or ejaculate on your trouser leg it doesn’t usually result in a deal, unless you cater for a very specialised market. Cat owners think their feline friends are a cut above canines but in truth I dislike them even more. The fine hair has me sneezing and wheezing like a peanut allergy sufferer who has face-planted a plate of dry roasted. Plus I need to remain polite and don’t carry an adrenaline stick. And cats know you hate them, I can fool the owners most of the time but an overindulged Tabby will clock my discomfort before I’ve handed over a business card.

‘My cat doesn’t smell.’ Says B a hint of steely challenge in her voice. I’m just glad she said cat not pussy so I’m not about to argue. I’ve had the same problem with staff members who reek of body odour over the years.
‘You’re just the same as all the other owners.’ Taunts T unhelpfully. ‘God, some of them even let the fleabags sleep on their beds.’ There’s an awkward silence as B glares at T. She’s rumoured to be fairly relaxed about just who squats on her duvet.
‘You let your cat on your bed don’t you.’ States T with a grimace of realisation.
‘They’re cleaner than some men.’ Snaps B angrily.
Why didn’t I pay attention at school? If I could come round again, if I had nine lives…

‘How are you going to broach the subject when you do the viewing feedback?’ I ask T, coming back to the more immediate problem of the house with a litter tray in the kitchen and more hair on the sofa then the husband’s head.
‘You tell me.’ Counters T. ‘You’ve been doing this for like ever, and you put it on the market.’
‘Gently mention punters are showing a bit of resistance to the dogs?’ I say weakly.
‘They’ll have to take us as they find us.’ Mimics T in a parody of a hundred other vendors who want maximum money without using a vacuum cleaner.

Won’t be cleaning up this week.

-----
All new advice on pets and property in the ebook here:

My dog has got no nose.
How does he smell?