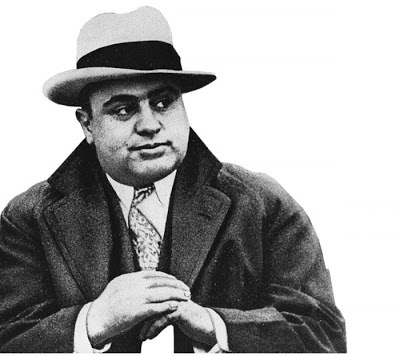 ‘I’m going to need a price chop on flat four.’ Announces morbidly obese mortgage man M at the morning meeting. Immediately I bristle. Not visibly, I got that under control after a few months in the business, but inside I’m angry.

‘Why’s that?’ I ask in a studied tone of neutrality. Only I’m not neutral, I’m old school estate agency. I want my clients – the owners – to have the best deal possible. They’re the couple that entrusted me with their home sale. Who chose me over at least two other agents pitching for the instruction. I have a duty of care and a certain amount of stubborn pride that hasn’t been eroded by years of ramped-up targets working for faceless financial institutions, more interested in the buyer than the seller.

‘Crap survey.’ Reports M derisively. ‘Needs new window frames soon, communal parts aren’t up to much and the sale agreed figure is too high.’ That’ll be the price the buyers were happy to pay four weeks ago then, I think sourly. Before M tucked them into a nice loan deal and some high-commission generating life insurance.

When I first started half a lifetime ago, when a Ford Orion Ghia and paisley ties were fashionable, it was simple. The estate agents acted for the seller and the buyer was pretty much the enemy. Then a raft of banks, building societies and insurance companies bought into partnerships with the sole aim of tapping into naïve first time buyers. The object was to snare them for life as a customer before another institution did. Endowment mortgages were flogged with ruthless singularity and it wasn’t unheard of for buyers to be favoured as long as they used the financial products the paymasters wanted flogged.

‘I’ve got at least two other buyers who’d pay the price agreed.’ I tell M wearily, still not wishing to junk all my principles despite my own moribund repayment vehicle – yep, I have an endowment too.
‘Yes but if it’s not worth the money.’ Repeats M dogmatically. He still seems to think chartered surveyors know values. They just chop a bit off the agreed price and churn out a survey so shot-through with caveats it actually says nothing actionable, to the practiced reader.

‘I’ve got an introducer’s fee due on the buyers.’ Says negotiator S with a rueful smile. She is good at channelling purchasers into M’s chubby paws and my bean counter boss loves bolt-on fee earning opportunities. But it’s a difficult square to circle and I often wonder if the punters – sellers or buyers – are getting the best deal. Then I remember I need to make some pretty chunky payments each month. It’s not easy to love yourself in this industry.

‘Get me a copy of the report and I’ll talk to the owners.’ I tell M gloomily. I’d love to tell the buyers to twist, and wheel in another purchaser possibly at more money to show the owners I’m on their side, but in reality that sale might come up against the same hurdles, only a couple of months down the line – and my mortgage needs paying every four weeks.

I remind M that there may be money to fix the windows in the maintenance sinking fund, but I know the management company in this block is as suspect as my allegiances. The original developer is rumoured to own the company charged with the upkeep of the building and like many, is using the arcane leasehold tenure system as a cash cow to milk ground rents and inflict skyrocketing service charges. I’d never buy a flat without a share in the freehold – come to think of it I’d never buy a flat period. Not again anyway.

‘This is blackmail.’ Wails the lady vendor when I tell her the buyers need three thousand off, or they’ll be off. I warned her at the beginning not to start packing until contracts were exchanged, but the room is full with cardboard boxes.

‘They shouldn’t be allowed to do this.’ Continues the joint-owner balefully. She looks at me as I think, don’t ask for a fee reduction lady, but instead she says: ‘What would you do?’

Take the money and run.

Spend some of the cash here :
http://amzn.to/ttGZ4j

Wot no comments? Excellent as always SA - keep it up.

Thank you Scott, if it wasn't for the hit counter you might wonder if anyone was out there...
S.A.