Behind The Green Door 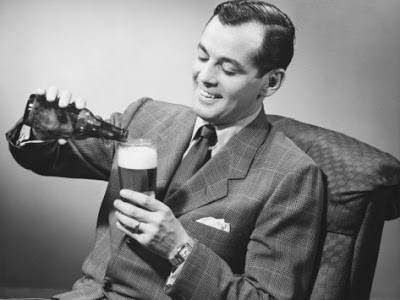 ‘That twat from number 21 was on the phone when you were out.’ Announces assistant manager T before I’ve taken my coat off.
‘The repossession?’ I query, feeling another problem growing along with the incipient ulcer bubbling away in my stomach.
‘Yes, he doesn’t seem to understand it’s not his house any more.’ Grumbles T.
‘Give him a break.’ Counters negotiator S, looking at me for the support her bra is struggling to give. ‘He’s lost everything.’
‘Should have kept up the monthly money then.’ Says T callously.
‘Or taken out some payment protection insurance with me.’ Adds moribund mortgage man M to looks of disbelieve.

‘It never pays out.’ Snaps S, turning her ire on M.
‘Pays pretty good commission, or used to.’ Chuckles M, his jowls vibrating like jelly on the Circle Line.
‘What does he want?’ I ask T, trying to avoid a full blown internal argument when I can take my pick from half a dozen public spats, daily.
‘To speak to someone in higher authority.’ Says T his eyebrows rising towards the heavens where I’ve found nothing but a thinning ozone layer, to date.

I’ve detested repossessions since my first round of snatch-backs in the late eighties. A certain, there but for the grace of a God, feeling has dogged me on every appointment with bailiff and locksmith. The, I’m only following orders and if I didn’t do it someone else would, line wears a bit thin when you’ve pasted scores of goods and chattels notices on newly secured front doors, giving the ex-owners 28 days to remove their remaining possessions before the house clearance lads turn up with a skip and a steam-cleaner.

‘Couldn’t you sort it then?’ I ask T wearily.
‘Idiot says he needs several hours there.’ Replies T. ‘I told him we can’t wait around that long while he loads bin-liners. There’s sod-all worth keeping there anyway.’
‘It’s probably sentimental value.’ Suggests S with a rather magnificent pout. Don’t go there, says the internal voice admonishingly – it’s someone else’s property.
‘He says we can leave him with the new key and he’ll drop it back.’ Continues T, before adding sneeringly. ‘As if we’re that stupid.’

It’s not unheard of for evicted non-payers to break back into homes after the court order has been executed. I’m guessing the lender wouldn’t take too kindly to more lengthy legal proceedings if we hold the door open while a squatter takes up residence, no matter how altruistic the intent. The corporate department wouldn’t be too pleased either. They nurture cosy reciprocal agreements with banks and building societies involving much mutual back-scratching and long expenses paid lunches. I take the number, appropriately enough a mobile one, and ring the man. If hate could pass across the airwaves I’d be long dead. I agree to stay for an hour maximum.
‘F***ing parasite.’ Will have to pass for a thank-you.

‘You lot love this. It’s an easy sale.’ Snarls the dishevelled ex-owner later, as he and his tattooed partner lug bags of threadbare clothes, some forlorn looking children’s toys and a few ropey electrical appliances on to the front lawn. Their man with a van hasn’t arrived and it looks like rain judging by the blackening sky.
‘You know you are selling this way too cheap.’ Says the heavily inked woman. I tell her the asking price has been set after two independent surveyors’ valuations, but she’s far from convinced. Granted three others in the road are on the market for twenty grand more, but they won’t be selling in a hurry.

‘I’m never buying again.’ Spits the man as I look at my watch surreptitiously. No you won’t be mate, but not for the reasons you’re thinking. His credit score will read like a Greek budget report.
‘I don’t know how you can do your job.’ Sneers the woman, eyes colder than a dead fish. ‘You are all part of the conspiracy.’
I’m not that sophisticated lady I ache to say. I’m just trying to keep a roof over my own family. But sometimes you need to know when to stay silent.

‘Good day?’ Asks my wife. I just shake my head and open a beer.

For the cost of a soft drink the property ebook they can't burn..