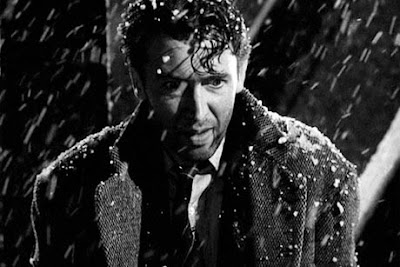 ‘Call me old fashioned…’ I begin.
‘You’re old fashioned.’ Interjects assistant manager T to barely suppressed hilarity. Not sure what happened to the respect campaign but when you realise you are starting to sound like one of those grumbling pensioners you used to think euthanasia was a solution for, self-worth can be a dwindling commodity.

‘What is it?’ Asks negotiator S kindly. I reckon she was born too late or I was born too early. Unless I’m as delusional as all those old crumblies living in over-priced sheltered apartments, thinking they’ll be leaving a worthwhile asset to their beneficiaries.

‘A bloody email.’ I say contemptuously.
‘You get loads of bloody emails.’ Says T.
‘Not with a sodding digital Christmas card attached.’ I tell him witheringly.
T and S walk to my computer screen and scan the wretched download, something with all the, goodwill and peace to all men content of a land mine, as far as I’m concerned.

‘I think it moves.’ Suggests S leaning in and brushing my arm with her substantial frontage.
‘Click on it.’ Suggests T as I try not to gulp audibly.
‘Do you mind if I use your mouse?’ Asks S innocently. There’s only so much unwitting innuendo I can take with my blood pressure. I nod acquiescence and try not to let the aforementioned red-stuff rush anywhere but my head.

‘Look it’s rising up.’ Exclaims S to a momentary feeling of horror until I realise the tacky Santa and sleigh montage is moving in clunky fashion, as the reindeer take flight and a Merry Christmas message flashes on the screen like some virtual virus.
‘Seriously?’ I gripe in Scrooge-like fashion.

As the scene plays out to a tinkling digitised soundtrack, I read the attached message stating sanctimoniously that the sender company are saving the environment (their franking machine bill) by not using the physical postal system. Not content with expecting me to swallow that bullshit, the text informs me that any cost benefit from not mailing the traditional way will be donated to a charity. One I’ve never heard of.

Now I’m ambivalent about corporate Christmas cards at the best of times, as the sentiment is more about reciprocal business than Christian – other religions are available – goodwill. But if you are going to make a list of recipients who might be of use to you in the coming year, at least make the effort of actually buying and sending a touch me, feel me, put me in the office window, three-dimensional piece of tinsel-tinted-tat.

‘You don’t like it then?’ Concludes S moving back to her desk.
‘It has all the sincerity of a politician claiming they only do the job to serve their constituents.’ I tell her.
‘You’re so cynical.’ Replies S with a look of disappointment I’ve seen before.
‘You start idealistic, move on to brutally informed then migrate to pessimism.’ I respond before adding and instantly regretting: ‘It’s the circle of life.’

‘That’s more of a linear progression.’ Chips T with a smug smile.
‘It comes to all of us eventually, particularly if you stay in this business.’ I tell him, disliking myself even as I spout the bile-laced response. My romanticism withered after the first few sales fell through and I realised anyone who stated: “My word is my bond”, was a pathological liar.

‘So we won’t be sending out any company Christmas cards then?’ Asks S a hint of sadness in her eyes. I feel like I’ve just told her Santa won’t be coming to fill her stocking ever again, but I just end up fighting a shameful image. One that would give the harridans in Human Resources a whole new inappropriate behaviour chapter to write, on the company standing orders.

‘He’s got a list on the computer.’ Says T knowingly. He’s right and at first I believed in it. Thought it was a nice sentiment to acknowledge those you’ve dealt with all year and to wish them well for the future. But time, a bean counter boss and a less than healthy profit and loss account has chipped away at my belief. At best I’m agnostic now.

You can help too. have a look at ebook on Amazon, all formats supported with free reading app. It's a gift..