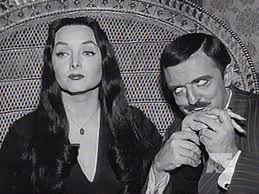 ‘Booked you a valuation this evening.’ Says trainee F with puppy dog enthusiasm. I decide not to remind him it should be called a market appraisal now. I still think of the exercise as a valuation myself as do the public. It’s the lawyers who advise against calling a price recommendation a ‘valuation’ to stop litigation when some of the more disingenuous players get called to account for absurd price inflation, just to get homes on their books.

‘Well done.’ I tell F as he basks in my, praise in public criticise in private – or at least on an anonymous blog – management theory. I stroll to the diary, hoping he hasn’t booked me in after hours. I often think I was born too late for this industry. In the seventies some tool decided Saturday working would be a good idea for a momentary marketplace advantage. The opening days and hours mushroomed faster than house prices after that. Then all the partners sold out to Insurance Companies, Banks and Building Societies in the eighties and while I learnt how to flog dodgy endowment policies and payment protection, they grew fat on the golf course. Not that I’m jealous, I have other handicaps…

‘Oh no not them.’ I say body sagging audibly as a couple more discs collapse on to vertebrae.
F looks at me as if I’ve just ravished his girlfriend over the franking machine. It’s an act M our fat mortgage man picture-painted the other day and an image I’m trying hard to shake. Those financial services boys know all about disturbance selling.

‘Do you know them then?’ Asks a crestfallen F. I can see S my well endowed negotiator looking sternly at me behind F’s shoulder. She knows I’m always cajoling staff to book valuation appointments, the first step to fresh business. I’m in danger of falling in to that bad manger trap of expecting people to do as I say, not as I do. Plus a much more entrancing image of S looking sternly at me, only without that nearly superfluous blouse, is doing its own disturbance routine.

‘They have been looking to move for the last ten years.’ I tell F as gently as I can manage. ‘They refuse to put their own house on the market until they’ve found something.’
‘They said we could have theirs if we get them a bungalow at the right price.’ Continues F doggedly. It’s not his fault. It’s mine for having stayed this long. I know to about 99% certainty that these time-wasters will never move. And in the unlikely event I find a bungalow at the right price, in the right location, they’d either want too much for their house, or someone in a stronger position would beat them to the punch. But there’s still that nagging 1% chance - even with a 6.45pm appointment.

‘Good evening.’ I say pointedly, as the door opens and the familiar weasel face greets me, mousy wife just behind his shoulder and the soon to be serial killer oddball teenage son, lurking in the background.
‘You’ve been before haven’t you?’ Asks the man. He’s had more agents round his house than friends visiting in the last ten years I’ll warrant and the creepy son has probably never had a live girl – or boy – in his sterile, no wall posters, room.

‘We told your man in the office we won’t be bounced into putting our house on the market until you find us something suitable.’ Reiterates the charisma-free owner, as his wife trails behind faithfully. I have to physically stop myself from turning regularly to check the son isn’t stalking me, with a knife and a bin bag.

The house is dated but spookily tidy and after seeing the garage with individual hooks for each tool, the outline of the item drawn on the wall around each place, I get an unwanted vision of the man stencilling the missionary position on the bed sheet and checking his wife’s buttock placing with a spirit level, before he commences the act.
‘Just need one more beer mat under your right cheek before we get going love.’

I finished late with no happy ending.

..and the ebook here: