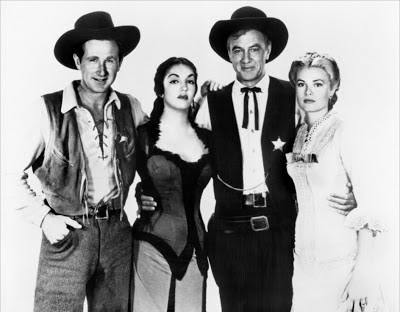 ‘Bloody cowboys.’ I tell the empty car as I crawl through the traffic to work. This is a long way from a frontier town but a certain lawlessness abounds when it comes to the plethora of “for sale” boards I’m looking at on the main road. There’s a shoddy one and two bedroom timber-framed development, tossed up by a nationally known developer who shall remain nameless, behind the brick wall. So in theory the collection of close-to-rogue traders flouting the planning laws might have properties to sell the other side of the boundary, but half of them are just getting some free advertising.

‘I should ring the planning office.’ I chunter in tandem with the inane local radio presenter who is asking people to phone in with stories about their first love. Either call would be an embarrassment. An unwilling recipient not really interested in my fervour just about covers both tales.

‘You alright?’ asks assistant manger T as I skulk into the office still seething. He finally seems to be reading body language.
‘Sodding forestry commission’s worth of boards on the London Road again.’ I tell him angrily. ‘And you can bet half the pirates don’t have anything for sale or let over the wall.’ I add superfluously. It’s a trick as old as my career. The practice ranks alongside deliberately over-valuing property to mislead owners and shut out the more reputable, circumspect practitioners.

‘Don’t know why we don’t just whack a few of our boards up there too.’ Suggests T, not for the first time. ‘If you can’t beat them join them. It would improve our board conversion rate.’ He adds.
‘It’s cheating and it’s illegal.’ I tell him lamely.
‘The council don’t give a toss.’ Counters T. ‘What happened when you called them last time?’

Nothing happened, I think gloomily. But then they weren’t that keen on a caller’s number withheld, anonymous phone call. A form needed to be completed apparently and even if it’s not strictly the Wild West, sometimes you need to keep your head down if the bullets start flying.

‘So you can’t just put boards up, like, anywhere?’ Asks trainee F cautiously. The last time I snapped at him for a cretin-like question he sulked for a day or two and I thought I might have to attend another People Division training day. Nobody is empathising with me lady, so perhaps the staff need to toughen up if they want to last a couple of decades selling houses. Turns out most of them didn’t want to.

Reluctantly, and in words of limited syllables, I explain to F about the Town and Country Planning Act, plus deemed consent on for sale/letting boards on residential property. Advertisements must be no larger than 0.5 square metres and placed within one metre of the subject home’s curtilage. I lose him at Planning Act and decide not to bother explaining curtilage.

‘I don’t know why you get so aerated about it.’ Chides T as I wait in the kitchen for the kettle to catch up with me. If he says, take a chill pill; he’ll be wearing the kettle contents. Bur sadly he’s right. The industry still has no minimum standards of qualification. So the fact I studied and know about property law, construction methods and where you are allowed to place for sale boards, counts for nothing. I should just buy a Stetson hat and get some of those pointy boots.

‘I could round up some of my mates and we could pull them all down tonight.’ Suggests F earnestly after the morning meeting and when my tea and temper have cooled.

It’s tempting but with all the CCTV camera coverage he’d probably be spotted and we’d be the one’s who were actually prosecuted - for damage to private property. I tell him the pitfalls, but he’s nothing if not persistent, suggesting some form of knitwear on the head and dark clothing. It’s tempting, if only to level up the playing field a bit, but another turf war I can do without. To be honest, I just want to get High come Noon most days - although…

Be careful in indicating that more regulation/control needs to be put in place...as most of the things EA's get up to might be seen as 'crossing the line';)