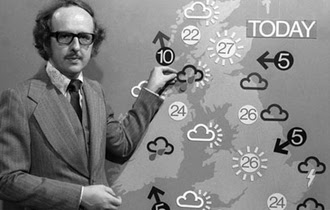 ‘For crying out loud, is it ever going to stop raining?’ Asks assistant manger T, as he stumbles through the office door, hair unusually ruffled, designer glasses steamed up, sang-froid a little soggy.

‘I’m not doing outside appointments if I can help it.’ States loose lettings lush B to a mixture of bemusement and resignation – unfortunately not hers.

‘You can’t just stay in the office because it’s a bit damp outside.’ Chides negotiator S, a step ahead of me as usual.
‘You don’t have to go out there and meet the weirdo tenants and cheapskate landlords I have to deal with.’ Snaps back B. ‘They dampen my spirits enough as it is without ruining my outfits and making my mascara run unnecessarily.’

I’m spoilt for choice. A torrent of lines featuring B spending most of her time indoors, studying more ceilings than inventories and having damp clothes and tear-flushed make-up even on sunny days, washes around my head. But the desire for no more hysterical sobbing and the dawning realisation B is becoming a bit like me- just with more alcohol and casual sex – makes me keep my powder dry.

‘I reckon those new homes they built near the river will be getting a bit twitchy.’ I state, with more than a little relish. It still rankles the slimy local developer didn’t give me the business.
‘Do you think they’ll flood?’ Asks T shaking his raincoat and sending water droplets onto the window display with a hint of electrical arcing. If I have to replace another low-voltage lighting transformer at exorbitant cost I’ll hot wire into the mains and just take the consequences, however shocking...

‘You build on a flood plain what do you expect?’ I tell T sagely.
‘Think I flogged some home and contents insurance to one of those buyers.’ Muses fat finance man M while munching on a slice of microwave pizza. I’ve told him about eating in the office and I’ve told him about the smell, but I might as well be King Canute trying to hold back the tide.

‘Will it pay out?’ Asks trainee F.
‘The thing about insurance.’ Says M between mouthfuls. ‘Is they like to take premiums but are not to keen on settling claims. Kind of mucks up their business model.’
‘That’s wrong.’ States F naively.
‘You don’t get commission clawbacks when some dickhead dies in the first few years of life cover.’ Retorts M witheringly.
I don’t know why we have such a bad reputation.

‘I suppose that leaflet drop is out of the question now?’ I muse semi-rhetorically, as the rain cascades down the window later.
‘You are kidding right?’ Questions T warily. His umbrella is still propped-up by the door, a small pool of water around it accelerating the warping of the cheap laminate fake-wood flooring the corporate cowboy builders fitted, on the last botched refurbishment.

I’m only half in jest. The leaflets have been printed-off. The mystery couple that urgently want to buy in your road obliquely sourced from the mailing list. The target areas identified. It’s just the shoe leather and desire that needs to be furnished.

‘In my day.’ I begin to a chorus of groans. ‘I went out rain, snow or cyclone.’
‘Aren’t they only found in tropical areas?’ Snipes M.
‘You can get them in the UK too.’ I tell him with more conviction than I feel. I don’t have a smart enough phone to Google and check, like those spotty students who keep winning the pub quiz by on-line cheating.

‘Not sure you can.’ Carps M as F looks on in bovine bemusement. I’m still not sure if I could use a bolt gun on F, with those big Friesian eyes.
‘Don’t you remember the great storm of 1987?’ I snap to instant regret.

‘I wasn’t born then.’ Says F after a long hesitation, presumably while he tried to recall his date of birth.
‘You must remember.’ I tell M but he shakes his fat head.
‘You then?’ I say towards B as she files her nails aggressively.
‘Not really.’ She answers disinterestedly.
‘Michael Fish.’ I continue almost pleadingly. ‘Said it wasn’t going to be windy.’

But but but, all this wet weather & flooding will give the banks/building societys/estate agents/surveyors excellent excuses in their press releases to explain why sales were slow or prices down yet again.

I'm sure that if we had sunny weather right now people would, of course, be falling over themselves to offer old Mrs Miggins (or her siblings) a quarter of a million quid for her tired 2 bed bungalow.

love your posts, always entertaining to read. And i concur, when will this awful weather stop! Im getting terribly bored of it

Thanks Lucy, always nice when people bother to make a comment on Blog or book - even if they are just raining on my parade...
S.A.