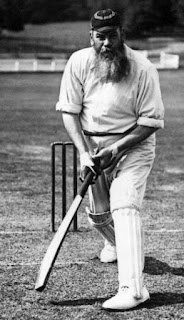 ‘This should be a good craic.’ Says massive mortgage man M, using the Irish term that has mushroomed everywhere, along with faux-pubs sporting shamrocks and a pissed bloke at the bar wanting a free pint of Guinness because he’s down on his luck. He usually is when he taps me up.

‘All you can eat and drink and it’s free gratis.’ Continues M rubbing his chubby hands with glutinous glee. It isn’t exactly, I think sourly, as I wonder if I’ve done the right thing by accepting the corporate-jolly ticket, which became available with a late withdrawal by somebody higher up the greasy promotion pole. The latent lefty in me hasn’t entirely withered, even after twenty years of mortgage and pension payments. I sometimes hear a retro punk rock track on the radio and think I could still pogo, until I look in the mirror or try to tie my shoelace without bending my knees.

‘If you get asked any questions about current rates or lending criteria.’ Suggests M leaning towards me conspiratorially and giving me a blast of garlic-breath that would clear a colony of vampires. ‘Just refer them to me, or act dumb.’ I can do the latter easily enough, it think, as the train comes to a halt at a crowded platform and the jostling for position, I’m about to experience at a linen-clothed round table, begins early.

I hate public transport with a passion. Another reason my dwindling man-of-the- people credentials don’t stand close inspection. I’ve driven a company car for longer than my two sons have been alive and apart from reluctantly allowing punters in the back when I’m ferrying them to viewings, I prefer not to mix with the public. Windows up, music and air-conditioning on is now my default mode. Which is pretty incongruous, as I’m en-route to a venue where thousands will be milling and drinking with no central locking.

The invite is from a big lender with labyrinthine corporate ties, kickbacks for introduced business and glamorous sponsorship deals giving access to prime sporting events the likes of me don’t often get to. M’s immediate boss had a better offer at an event he clearly preferred. I recognised at an early age - after standing next to the fat kid, looking like a junior M, in the school football team selection process - that I wasn’t ever going to be first choice. It was a theme that continued at awkward school discos and job interviews. I was always somewhere down the batting order, but this day at the cricket was too enticing to miss.

‘Here’s your invite in case we get separated.’ Says M as we sit in our seats and the crowded carriage sways back and forth, standing room only passengers towering over us and looking daggers. I was taught to give my seat up for ladies but the only woman I can see is too far down the aisle, and after that awkward time when a rotund woman refused prissily and I realised she was probably not pregnant - just greedy - I’ve become wary.

I take the golden ticket like a wrinkled Charlie, en-route to the Chocolate Factory. The goodies will be of a more adult theme. A bag of bribes paid for by borrowers, limitless alcohol, a welcome buffet and a three-course lunch with high tea, but I’ll still be mixing with “Wonkas”

‘What part of the organisation are you from?’ Asks some plum-in-the-mouth voiced hooray as he leans towards me clutching a glass of bubbly. I’m still stunned by the greenness of the grass below our lofty eerie of a private box with balcony, and feel - as I often do in homes I’m valuing but could never afford - like an impostor.

I give a puffed up version of my role with the sort of sales hyperbole I’m no longer allowed to use since the Property Misdescription Act. He turns to the guy in the other seat. Fine by me, I think, as the bubbles start to take effect and the pretty girl in a short skirt and access to a free bar, comes to top up. So easily corrupted.

Get hit for six by the property e-book here:

And not a cricketing metaphor in sight.

Thanks for cheering up my friday evening. I was expecting a serious blog without the humour you have displayed.