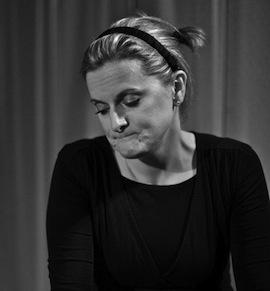 ‘It’s not my fault.’ Pleads loose lettings lady B loudly over the phone, with a line familiar to teenagers everywhere. Her tone is rising dangerously. Fortunately there are no punters in the office, but that also means we’re all listening to her conversation. She’s oblivious, in that concentration zone where all you can focus on is the verbal battle you’re partaking in. It’s best not to swear.

The public can be difficult where property is concerned, moving home is the third most stressful life event after death and divorce, and come to think of it the former isn’t strictly speaking a “life” event. People forget the usual pleasantries if their dream home feels like it’s being snatched away by a combination of bad references, dilatory lawyers and awkward owners, add a ballsy bitch from our lettings department and you’re going to hear a few expletives.

‘I don’t make the…the rules.’ Snaps B, using another well-worn excuse. I fear for what she nearly said. I don’t have to wait long.
‘Don’t bloody well swear at me.’ Snarls B, forgetting all those customer service courses she’s been on. A classroom and some sticky post-it notes of soothing responses, never likely to replicate real life. It’s why those that can, sell. And those that can’t train.
I try to attract B’s attention, making clam down gestures with my hands, but she might as well be in a different office.

‘Perhaps if you paid your utility bills on time you wouldn’t have such a crap credit rating.’ Growls B menacingly, as I feel another complaint coming my way. I’ve already had the Ombudsman wanting file copies of a messy deal a few months ago and the Trading Standards officer doesn’t like me that much after she was gazumped last year. Not a lot of love coming estate agents’ way.
‘I could have let this flat three times over in the time I’ve spent on your tenancy agreement.’ Sneers B in what is looking like an unrecoverable spin towards a hard landing. I’m now waving like a signalman trying to stop a runaway train. I may as well not be there.

B is a nightmare to man manage, primarily because she manages more men than me, plus about half a bottle of gin most days. I should get rid of her, but the process of sacking staff, no matter how incompetent, is so convoluted with employment law as it is that the best you can often do is recommend them for a transfer to another office and shift the problem elsewhere. Promotion works well too.

‘If you abuse me any more I’m hanging up.’ Warns B feistily, as I sense a messy ending. She’s had a few by all accounts and her fair share of abuse outside of the office. Some folks attract the wrong people like magnets - some pick them up in wine bars. It probably isn’t B’s fault the deal is going belly up, or that she’ll probably be adopting the same position with a stranger in about seven hours time, but sometimes you need to know when to back down.
‘I’ve told you. I’m just doing my job.’ Continues B the end of her tether now visible to everyone in the office, observing like rubber-neckers at a car crash. I listen and watch, fascinated and horrified in equal measure. I’ve been close to similar meltdowns a dozen times before but somehow have managed to keep my equilibrium It’s just a mater of time. A salesman’s shelf life is finite.

‘You hear this?’ Demands B theatrically, grabbing a sheet of A4 from the printer and ripping it in two. ‘That’s the sound of your tenancy application being terminated.’ My heart sinks as I think of the extra paperwork this action will doubtless generate. No wonder the rain forests are disappearing.
‘And you have a good day too.’ Shouts B before holstering the phone thunderously, with what sounded distinctly like plastic cracking. ‘F***ing public.’ She says with the hint of a sob. She’s been known to do that, I think, uncharitably. And if it helps get a deal through I’d probably turn a blind eye.

After all, selling is the second oldest profession…

Often wondered what lettings 'lady' B looks like - the pic you have used is not that far removed from my imagination!