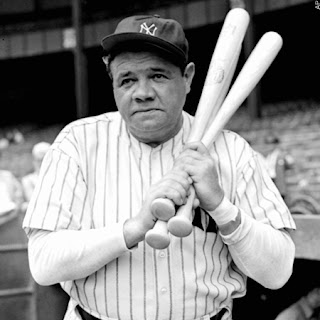 I’m on my third glass of bubbly administered by the increasingly hot looking girl in skirt and blouse combo and it’s not even midday. I don’t usually do lunchtime drinking as I either get dozy or demonstrative but the lure of free booze and a babe dispensing it has me hooked. That and the fact I need a bit of Dutch courage to try and compete with the privileged brayers who are sharing the executive cricket box with me.

As we climbed the stairs I still expected the steward to pull me aside to double check my ticket. To tell me no riff-raff here and I should try the public section where the beer is served in plastic glasses and those in off the peg clothing, or fancy dress are more likely to fit in.

‘The trouble with these losers who get into arrears is they are over-leveraged.’ Pontificates some ruddy-cheeked suit to another weak-chinned chap with what might be some sort of club tie, it’s so garish. I ache to jump in and tell him repossessing someone’s house when they are still inside is about the most soul-destroying thing I’ve faced – apart from the weekly sales figures chart. But the girl is back with a top-up.

I should talk to someone, but despite the fact I do that all day every day, I’m on familiar ground. This bunch of entitled arses seem to converse in spreadsheets and acronyms. Head starting to feel light in both brains and balance, I see M my bloated mortgage man is across the other side of the room talking animatedly to a fellow chubster, in between mouthfuls of canapés. They say there’s no such thing as a free lunch but M is making a pretty good fist of it. I‘m just not that hungry any more.

Unsteadily, I turn and see that out on the balcony is a man alone. He has a short sleeve shirt on which isn’t the best start, but I’ve learned not to judge a book by it’s cover after selling multi-million pound homes to people scruffy enough to get turned down for a Big Issue salesman’s job. I step outside and the heat and light make me wince. Below, the arena is an impossible snooker baize colour and uniformity, and a batsman has just laced leather through the covers to a building crescendo of applause.

‘Great strike.’ Says the man with no fashion sense I’m now woozily stalking. The accent is thickly American and I’m already hoping he won’t have class issues, or notice I’m wearing chain store shoes and a Marks and Spencer shirt. The truncated education and failed woodwork O level will always be with me, but I read a lot, bluff a lot and avoid making bookcases. I introduce myself but decide not to give him a business card. He’s something in the City of course, on secondment.

‘So property guru eh?’ Enquires the man as another ball hurries to the ropes and the raucous section opposite us jump to their feet and mimic the umpire’s signal for a four. It looks more fun over there, even if you have to drink over-priced gassy beer from a disposable beaker. He thinks you’re a Guru calls the triumphant inner voice, buoyed by Veuve Clicquot on the shareholder’s tab.

‘Not really.’ I say with what I judge should sound like false modesty. ‘I just dabble.’ In scuzzy ex-local authority flats with pools of urine in the lift. Says the third man, now positioned in my head. And crap conversions with  porous plasterboard, suspect building regs and no soundproofing, continues my inner barracker chipping away like a mouthy wicketkeeper.

‘They told me this game was like baseball.’ Announces my Yankee friend shaking his head in bemusement. ‘I haven’t a clue what’s happening.’ You and me both pal I think, spotting a pitchside advertisng banner for one of the big law firms I despise.
‘More drinks gentlemen?’ Asks a feminine voice, as I see the new love of my life approaching.

‘What do you reckon buddy?’ Asks my companion. ‘This lot seem a bit dull. You want to knock the ball out the park?’

Learn how to make a home run with the property e-book here: