On A Jet Plane - Saturday 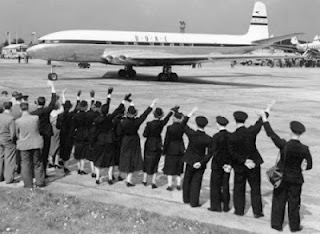 Rain is lashing against the bedroom window. I’ve been awake forever despite the fact we’ll still be at the airport several hours before the flight crew. My mind has moved from fretting about contracts, offers and weekly statistics to the unconvincing laws of aeronautics. Laws that allow several hundred tons of metal, stuffed full of pasty Britons, to leave terra firma and break through the blanket of grey drizzle swamping this green and pleasant land to finally see some f***ing sunshine.

‘Get off that computer.’ Urges my wife. ‘Surely nobody wants to read your Blog that badly?’ She has a point, but then you don’t write for anybody else and you certainly don’t write for the money now that everyone wants free content.

‘Have you seen my list?’ She continues, hint of panic in her voice. I want to ask which one? She’s been compiling them for weeks now and they are probably more extensive than the pilots’ pre take-off one. There’s the things to check checklist, the clothes list, the wash kit list, the electronics and accessories list, the items to unplug in the house list and there’s a master list somewhere, in case she forgets one of the lists. I’m just listless.

‘I’m sure we’ve forgotten something.’ She frets as I pull into the airport car park. ‘All we really need are tickets, passports and cash.’ I tell her. And even the Euros I kept waiting for a better rate on, might be superfluous by the time we land the other end. I’ve kept a few Drachma somewhere in the back of my clothes drawer. I spotted them when I was searching for those flight socks that are supposed to restrict deep vein thrombosis but I’m guessing won’t be a lot of help if we fly into a mountain.

‘How can they justify that much for a weeks parking?’ I grumble as we stand in the snaking check-in queue and I scan our fellow travellers, trying to guess who’ll end up on our hotel coach and whom I’d actually want to speak to. ‘It’s a captive audience.’ Says my wife, moving forward two feet and setting her bag down again. ‘Yes but I only want to park there for seven days not buy the bloody freehold.’ I tell her loudly. Several people in the queue look at me sternly and decide they don’t want to be on my airport transport either.

‘Did you pack the bag yourself? Quizzes the woman at the check-in gracelessly. I want to spew some sarcasm. It’s taken forty minutes already and my back is aching even before I’m crammed into a seat with legroom that would challenge Snow White’s seven travelling companions. But I know not to rile officials after that run in with the Trading Standards Office.

Travel has become an ordeal that leaves you needing another holiday. All thanks to a few extremists who use their chosen god - one that has kept a pretty low profile for the last two thousand years despite those superpowers you’d want to show off - to justify terrorism. I hate playground bullies even after all these years.

The fact is I didn’t pack my bag, my wife did. But I lie like every other bloke in the line. I really find it hard to touch my toes nowadays and bending over to the snap of a latex glove, while some officious oddball with an attitude - and a tube of lube - isn’t going to make four hours on a saggy seat squab any more comfortable.

‘Priority boarders to the gate now.’ Announces the tannoy as I sit reeking of several different after shaves, none of which I bought. I smell like the camp barman pulling over-priced pints for nervous flyers in the mock English pub. Even I won’t drink before lunchtime. I’m not a chartered surveyor.

‘How come they go before us?’ I gripe to my wife. I’ve already seen the disabled passengers pass and suspect some are just too fat and lazy to walk.
‘They pay more to get what they want.’ She answers.

It’s the same in the property market. Time to go.

Thrust and lift permitting, back in a week. If you see an estate agent on your holiday buy him a drink if it's after lunchtime. It might be me. Just don't ask about property market as a punch in the face may offend. For those left behind if you miss the Blog download the book my wife hasn't bothered to read. Cheaper than a duty free pint.

As the number of transactions has fallen some 50% since 2006/07, unless you are into lettings you're now on a permanent holiday. Next it will be lettings as the volumes will stay high but the fees will also plummet as rental values plummet.
Easy lending is now tight lending and it will affect whole swathes of the economy.

I'd wish you a lovely holiday SA, but that would just make you more depressed on your return, so what's the point?!