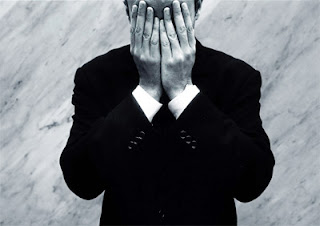 ‘Good news.’ Announces assistant manager T as I enter the office having dodged the winos in the park, the Big Issue salesman and the traffic warden successfully. In this business good news, like punters, requires qualification. It’s really only good news when the sale has exchanged and completed, plus the cheque has cleared.

‘One of our competitors gone bust?’ I ask optimistically as I glance at the message book and see I need to ring bean counter boss. My mood darkens. How many times a week can he ask how the week is going? Just wait until the stats on Friday you figure-fiddling f***er.

‘No.’ Answers T. ‘Sadly not, although I hear that lot up the road have only three sales in their pipeline.’ I nod in appreciation, as T gets to the point and tells me we have an increased offer on a house I’ve been negotiating on for three, drawn-out, days. I should be delighted, but the owner has been less than enthusiastic and I sense they might be cooling on the whole process, something that might potentially cost me £7,500.

The first offer was admittedly £20k off the asking price and once I’d checked the buyers’ credibility; the finances, the chain and the state of progression, it was turned down dismissively, as expected. Sometimes a deal needs to “cook” a little. Too quick an acceptance from either party and doubts begin to surface. An extra £10k was the first revised bid; then yesterday I got within £5k of the asking price as the buyers began to needle in tandem with the reluctant sellers.

‘Full price offer.’ Crows T, before adding a premature. ‘Another one in the bag.’ He has a lot to learn about property and even more about human nature.
‘You don’t think they’ll turn it down do you?’ Asks negotiator S, showing more perception and a distracting amount of flesh with the low-cut blouse she’s wearing.
‘I just got the feeling they were getting cold feet.’ I say cautiously. ‘Sometimes they bleat for months about nobody wanting their home. Then when it comes to the reality, to an offer and the prospect of packing and moving, they panic.’

‘They’d be mad to turn it down.’ Persists T. ‘It’s the full money. They can’t.’
‘They can do what they like.’ Says loose lettings lush B acidly. ‘People jerk me about all the time.’ I really don’t want to take that conversation any further, so I retire to my office to make the call.

‘So’ I conclude. ‘After some tough negotiation we’ve got them up to the full price and of course they are in an excellent position.’ The reiteration seems needed because the resistance is almost palpable. I wait, silence being an old friend where negotiations are concerned. I’m rewarded with a heavy sigh before the owner says. ‘Let me talk to my husband’ We’ll think about it.’

‘It will put you in a fantastic negotiating position for your next property.’ I urge, needing some positive spin on what is fast becoming a dead wicket. ‘The trouble is, we’ve seen nothing that comes close to our house.’ Grumbles the woman. ‘I’m wondering if we’re too cheap.’

‘Five months marketing.’ I shout angrily, once I’m back in the main office and studying the computer screen, ‘Four adverts. Over five hundred unique web visits. Four mail outs. Twelve accompanied viewings. One broken for sale board and three days of negotiation and she thinks she’s we’ve not done enough for the money.’
‘The public always screw you over.’ Pronounces B rising and click-clacking towards the ladies’ loo. I can’t be bothered to take the easy points I’m so demoralised.

‘We’ve thought about it.’ Says the owner last thing when I ring, bean counter’s voice still ringing like tinnitus in my ear. ‘And we’ve decide to withdraw from the market.’
I try half-heartedly but the horse has long gone.
‘We won’t be charged will we? It’s no sale no fee.’ Says the woman rubbing the salt, before adding.
‘You’ll tell the buyers won’t you? We’d rather not speak to them again.’

Leave that with me. I’m an expert at disappointment.

On the positive side the buyers may have escaped a decision they could regret! Not that it'll appease your bean counter mind…
Out of curiosity though, were the sellers grey haired?

Yep, most sellers are grey haired -if they have any..
S.A.

This wouldn't happen in France: buyer offers to pay the asking price and the vendor HAS to accept ... or go to jail for 'refus de vente'. Well, maybe not go to jail but at least be heavily fined.
Same for a pair of trousers or a sandwich: if you offer something for sale at a given price then you should be prepared to sell it to anyone who has the readies.

Assuming you didnt price it too cheap, what agent ever does, then you had two deluded people. One to offer the asking price, and one to refuse it!

At some point in the futre the sellers are seriously going to run out of buyers. It might take another 10 years or so though. There will be no young people who can afford to enter the market, and no old people left to trade between themselves.

The country continues to delude itself that high prices are good. High volumes are good, flexibility in the workforce it good, the lowered cost of other services is good. High prices have ruined the country!