Jobs For The Boys - Friday 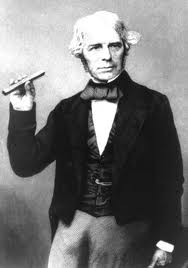 ‘Who’ve we got here?’ I ask, as I loiter in the sales area, post morning meeting. It’s a lonely place in the manager’s office when you have targets like mine.


‘Looks like another health and safety bod.’ Predicts assistant manager T, squinting at the white, sign-written van attempting to mount the pavement outside the window. I read some advertising agency font on the Vauxhall’s side with a weak pun and a logo a child would be embarrassed to give to their art teacher. Probably stung the company tens of thousands, costs they’ll now be looking to load on to my profit and loss account - shockingly.

‘It’s the electrical appliance tester.’ Says busty negotiator S in recognition, nodding suggestively towards lettings lush B and adding. ‘He’s quite hot if I remember.’ He will be if he plugs in to the mains, I think grumpily. I have a low-voltage annoyance that S fancies him, but I’m more peeved about the price of this absurd annual visit to check all our plug-in electrical equipment. Equipment that nobody wires any more since the advent of compulsory factory sealed plugs with new products. Annoyingly it was the one DIY skill I mastered since the school metalwork debacle.

‘He’ll get a ticket if he leaves it there.’ Pronounces fat mortgage man M as he waddles from his room and heads towards the kitchen, unpleasant chaffing-material sound coming from his trousers. It must be M who loads the filing cabinets with enough static to send the electrical engineers voltmeter off the scale. I’m sure I felt my heart falter last time I was zapped trying to get details out of the top drawer without earthing properly.

‘What are the wardens like around here?’ Asks the dark haired, brown eyed admittedly good-looking lad, when he puts his head around the door and flashes the females a dentally perfect smile. I dislike him already, and that’s before he starts fiddling with my hardware. The hazard lights are flashing on the Astra van and I noticed him place some sort of pre-laminated card on the dash, presumably claiming he was a tradesman on urgent business. If my fake Doctor On Call doesn’t always work, I’m not convinced this will fool our predatory warden.

‘You’ll get a ticket if you leave it there.’ I pronounce sourly. ‘They are trying to turn the high street in to a wasteland of boarded up units and charity shops.’
‘And estate agents.’ Adds the lad brightly, to unhelpful giggles from the girls. Terrific, a comedian. I really don’t need competition, especially with a 32-inch waist and all their own teeth.

‘So what does he do exactly?’ Asks trainee F while the tradesman moves his van to the place suggested, suggestively by B. Who only just stopped short of dribbling the way she does when young male tenants come in or a gin and tonic turns up.
‘He’s does the PAT test.’ I tell the man with a lower IQ than spent chewing gum.
‘He could certainly pat me down.’ Contributes B with a throaty chuckle. I should say something about sexist comments in the workplace but it only seems to work one way.

‘It’s short for portable electrical appliance test.’ I tell an unconvincingly nodding F. He smiles and I wait, a little longer than even I anticipated, before he asks. ‘So what exactly is that then?’

‘They check the kettle isn’t going to kill you, whack a sticker on it then send you a bill.’ Answers M as he sways back through, with a mug of tea and at least two biscuits in his chubby grip.
‘The same kettle that was there last year and hasn’t altered one bit.’ I say close to boiling point.
‘What about your sandwich toaster?’ Questions S, looking at M. ‘That wasn’t there last year.’

M hesitates, indecision etched on his face before he puts the tea on the filing cabinet - with no hint of a static hit - pops both biscuits in his mouth and returns to the kitchen, reappearing seconds later with the molten-cheese-generator under his arm.