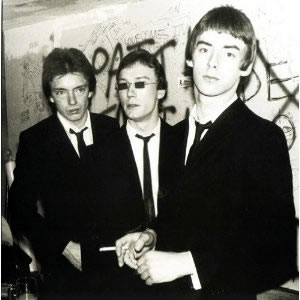 ‘Don’t embarrass me Dad.’ Hisses my son with a line I’ve been hearing ever since both lads reached the age where they realised what I do for a living.

I’m in a strange town, doing a familiar thing. Amazingly the youngest lad has nearly completed his first year at university and already he needs to throw his lot in with a bunch of fellow grant-grabbers he barely knows and whose parents I’m going to be co-guarantor with. Time to choose a student-share house.

‘And don’t tell the landlord who you are.’ Adds my son earnestly, as we clamber out of the car and move towards the terraced house to meet the middle-aged man who is standing on the doorstep, looking officious. ‘Just let him do the talking,’ suggests my wife. ‘And don’t ask any technical questions.’

Terrific. I’ve finally found myself in a position where I might be the most knowledgeable person at a meeting - and not trying to sell something - and I’m not allowed to flex anything.

The area is typical university town, student ghetto stock. Tightly packed terraced homes, chock-full of cars, on streets that were designed for foot traffic, or the odd horse and cart at best. I can spot dormer windows and Velux roof-lights in the loft areas, where every bit of space has been converted to milk maximum revenues from minimum square footage. Greedy landlords at it again, I think, as I curse the fact I didn’t ride the buy-to-let boom myself. The yields here must be pretty impressive.

‘He’s already chosen it.’ Reminds my wife as my son does the introductions and the landlord greets us warmly. I’m looking for deception after years in the business, but he seems a nice guy. Seems. ‘Yes and I’ve signed the guarantee and I’m jointly and severally liable.’ I tell her, still wondering if the co-tenants are going to prove reliable enough to make it to the end of their course - and the end of the agreement.

I follow my family and the landlord up surprisingly airy stairs to the upper flat. One with three bedrooms and one bathroom, something I’ve reminded my son of to his obvious annoyance. His first year room had, of all things, its own en-suite. He’ll have to learn better bowel control when he finds someone in the bath for an hour when he needs a dump. But this place is turning out to be far from a dump.

‘This is way too nice for students.’ Gushes my wife to my annoyance, as we look round an airy lounge with a pretty bay window, original fireplace and most importantly a huge plasma television set with broadband router winking underneath. Enthuse too much and the landlord will put the rent up, I think defensively, as I start to scan for smoke alarms and wonder if I should ask about the pointless Energy Performance Certificate?

‘You’ll supply a detailed inventory won’t you?’ I ask, to looks of admonishment from wife and son. The landlord confirms affably, as I add. ‘And a gas safety certificate at the start of the tenancy?’

‘This seems too good to be true.’ I tell my wife softly as we look at my son’s room. A large loft conversion, with roof lights and twin double beds. I’m already thinking my homes for the first five years of our marriage weren’t as well presented as this. ‘Where’s the catch?’ I whisper to my wife, with the sort of mistrust of humanity my third decade of dealing with people and property has engendered.
‘God you’re so jaundiced.’ She says, with what I detect isn’t concern for my health.

We say our goodbyes on the doorstep as I wish I’d brought my calculator to work out just what sort of return the man is getting out of these kids - far better than on a conventional let of a family home in the area. But then the property is far better than I expected.

‘I bet you wish you could have lived somewhere like this when you were my age.’ Suggests my son, as despite myself I wave at the departing owner.

They learn fast, these students.

Its no fun unless a student place is full of mildew, rising damp and near being condemned - one good party and your deposit isn't going to be returned any time soon ...

Something for you SA!

Thanks for contributing to the conversation of property information.