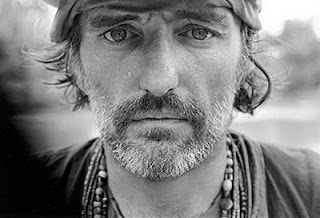 ‘Of course you lot are to blame for prices being all out of kilter.’ Announces the beardy bloke sitting in front of me, with the sort of zealot’s certainty, only someone unable to get on the housing ladder can muster. I’ve made the mistake of sitting at trainee F’s desk while he’s out at lunch. It’s the sort of team building, down with the troops gesture that would escape my bean counter boss as he’s never sold anything other than his soul, but I’m beginning to regret it.

‘You just want more commission so you shove prices higher and higher.’ Continues the failed radical, who if I was a betting man probably has some worthless degree in a touchy-feely social sciences subject, where you don’t actually start work until you’ve done several spurious post-grad postings and passed your thirtieth birthday.

I could tell the man that an extra ten grand on a house sale at 1.5% commission means just £150 to me and is not worth the hassle, but I’d be wasting my breath, plus with remedial maths I can never be sure - even on simple sums - if I’ve got it right. Not without the digital comfort blanket of my metric converter calculator. It does have a solar powered battery though, which might please this polar bear apologist who is really starting to piss me off.

‘Big business milking the little guy, you’re all in it together.’ He rails, sweeping his hand towards our internal property panels where we display the old dogs that have been on the market before this man did his first protest march. ‘I mean look at these,’ he continues speck of spittle in his beard. ‘How can ordinary people expect to buy even a broom cupboard?’

I’m not big business you shaggy-haired wastrel, I think angrily, as I try to keep the neutral expression pasted on my face, something I struggle more an more with as time and tossers wear me down. I’m just trying to keep a roof over my head like anyone else. A roof I’ve bothered to get without whining about it in agents’ offices, or on some self-aggrandising web forum peopled by jobless men in their pyjamas bitching about prices. Men – and it’s usually men - who should just look at some porn instead of pursuing lengthy threads arguing with other bed-sit dwellers all sporting chipped shoulders and erections.

‘I need three bedrooms as my girlfriend’s got a daughter and we’re expecting our own child.’ He buzzes. ‘I mean what are we expected to do?’ Try contraception? I ache to say, and an internal rant that would shame a Daily Mail copywriter spools through my brain like radio static.

I’d sympathise with this guy if he weren’t so irritating. In a different life, if I’d learnt to play the guitar, or pursued a destructive desire to be another penniless writer, it could be me the other side of the desk. Homeless, or locked into poor quality rented accommodation feeling alienated by society – only with better dress sense and a decent haircut.

‘Do you know how much my salary will allow me to buy at?’ Asks the man, hint of despair replacing the anger in his voice. I do, which is why I’ve not bothered referring him to fat financial advisor M, who is in his office feeding off something more substantial and far sweeter.

Curiously, not many owners want their homes to be a bargain.

The book to help you buy but you probably can not afford it...

Very good. I'm looking for the hidden camera in my bedroom right now. ;=)

"Curiously, not many owners want their homes to be a bargain." And they are all going to be severely disappointed. To put it mildly.

An EA who seems to get it ... now, if you could impart some of your wisdom onto your vendors and get them to drop their currently ridiculous asking prices then maybe, just maybe, houses might selling again at realistic and sensible levels.

I think many sellers with their heads in the clouds are in for a shock too. A lot of sellers are marketing their houses to people who are facing much tougher lending restrictions from banks/building soc's now. The irony is of course that these 'new' restrictions are almost the same lending constraints these sellers faced when they originally bought their homes many, many years ago for much lower price to earnings levels.

obviously not a proper estate agent; far too funny and smart.

Oh my heart bleeds. At least you had it good at some point in the last 10 years. Never heard any complaints back then. Most of the people you were dealing with (and still deal with) are likely to be idiots, lapping up the property p0rn and mortgaging up to the hilt. You can't get all ar$ey now, since their idiocy is all that kept you going over the last god knows how many years. Also, for a job that just involves listening to a load of tripe and showing some people round a few houses, you could argue that you're still doing pretty well...

In fairness though, you're far too intelligent to be doing the job you do and you seem kind of frustrated... Join the club

Oh well. At least the market's not as bad as it should have been. More QE needed to keep the punters trading?

I'm half and half about QE: Raises the expectation that the housing market will be propped up by the BoE, but that could keep volumes low for another decade.

As long as over-pricers can haul the gullible onto their books, the gap between buyers and sellers will remain.

There are so many unrealistic people I have realised. Our house is on the market at the moment and the amount of people who say "its too small" is unbelieveable. Yet it's priced really low and the dimensions are clear on the advert. What do they expect? Why bother even looking round when it's clear how big the house is? Frustrating as hell!

I have also realised that there are so many unrealistic people: People who think that something which isn't selling is priced really low.

They even take the punter's comments at face value. You've got to laugh or else you would cry.

Sarah Woods - the reason why it's not selling is the price. Very simple.

Did you know Nationwide had a mortgage lending share of 1/3 this year? That sort of market share for them is unprecedented. This is only going to get worse, because Santander have pretty much withdrawn into their shell (despite saying the UK arm is 'independent' and the Nationwide does not have the resources to keep propping up the market.

@Sarah - get rid as quick as you can or you could live to regret it. Wipe out from your mind what you think it might be worth and look for the market clearing price.

The buyers are completely unrealistic. You have nailed it.

It's time the government did something about bad buyers who think they can offer less than what a property is worth. Perhaps penalising any non-homeowner who has savings by taking a percentage of it as tax every year: That will jolt a bit of realism into these people and stop all the ridiculous excuses about jobs and the economy.

Meanwhile, keep up the good work and carry on telling it as it really is.