The Way It Is - Friday 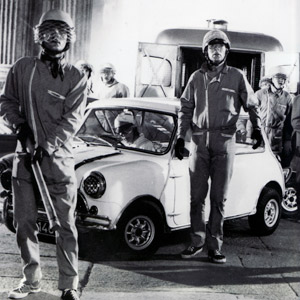 ‘That tool on London road is back on the market with someone else.’ Announces assistant manger T dismissively, as he walks through the door bristling. I’m guessing the market appraisal he’s just been on was a waste of time, but then seventy percent of them are. If it’s not another agent cutting fees or over-inflating value, it’s an owner with unrealistic price expectations, no serious intention of moving, and wanting a figure for their divorce negotiations or building insurance claim.

‘He’s a tosser.’ Agrees negotiator S feistily. She usually charms the vendors with regular contact – something, if they’ve seen her in person males and the separating lesbian couple, crave even more – but the miserable man at the house in question was immune to her assets.
‘It’s not an easy sell.’ I agree, not wishing to be seen denigrating a client without the cloak of anonymity.

The house is right on a busy road, with difficult access and a poor plot size. Families dislike the proximity to the traffic for fear of children running out into the road, older buyers are not prepared to put up with the noise, at least not at the figure the owner expects. Annoyingly, I told him all this at the time but he insisted on a higher than recommended asking price. In a moment of weakness and under pressure from the bean counter boss on my new instruction targets, I relented.

‘We should find out how much it’s on the market for.’ I say, wondering how much he’s reduced now he’s swapped agents and cursing inwardly for the lost marketing costs, not to mention the hurt a rival agents sold board will inflict every time I drive past, until completion.

‘Already done that.’ Says T smugly waving his web connected mobile. It’s the famous one that people will pay a premium price for - no matter how close to the dual carriageway they are. I tried to master it once and failed miserably, which doesn’t say much for my intellect. Outwitted by a smartphone.

‘Have a guess.’ Teases T shaking his head in seeming disbelief. I go first; lopping £50,000 of the price we laboured at for four months. T just continues shaking his cranium. S tries £30k lower than before and T scoffs in derision. Five fruitless minutes later as S and I compete in an ever-spiralling series of reductions that eventually get back to 1990 prices and an approximation of affordability, we give up.

There was a time, pre internet portals, when you had to resort to subterfuge to find out what other agents were marketing at. Registering on their mailing list with a false identity, ringing up and disguising your voice pretending you’d seen the board and were a serious buyer, or waiting until the weekly property paper appeared and scanning that. They did it to us, so we had no choice but to reciprocate. Now you just look on-line

Then dozy trainee F pipes up, bringing me back to the price guessing game as he says ‘I reckon it’s gone up.’
I spit out a derisive laugh as S shakes her head and her tits follow in tandem, but even before my sarcastic chuckle, or S’s breasts have stilled, I realise the uncomfortable truth. The idiot savant is right. And T confirms it.

‘Yep, it’s on the market for £20,000 more than we had it for.’ Scoffs T waving his phone in confirmation.
‘Nobody will ever pay that.’ Predicts S confidently.
‘And if they do,’ I begin less confidently, before I regain my equilibrium by appending a more certain. ‘The surveyor will down-value it ruthlessly.’
‘They down-value whatever the agreed price is.’ Sneers T with feeling.

‘So why would the other agent put it on for such a ridiculous price?’ Asks F with the second sensible comment of his career to date.
And I tell him: because they can, because they are probably under pressure to maintain their market share, board count and register. Because the person they sent to value it is probably unqualified, and inexperienced, with a bad suit and a badly sign-written car. ‘It’s ridiculous.’ Concludes F.

Download the all-new e-book for less than a cup of coffee. On Amazon with free app for all formats. Kindle, PC. Mac. I-pad, Android etc.

That's great SA, so if I want to buy a house near you I'll just pop in and ask for one of your realistically valued and affordable ones.