Shed Out Of Luck - Thursday 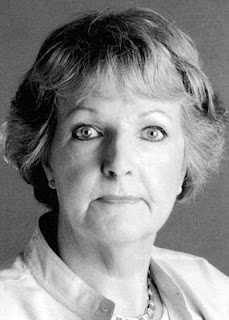 ‘You’re not going to like this.’ Says negotiator S with a frown when I come through the door, reasonably upbeat having just secured a signed sole agency at a sensible price, with a board.

The bounce in my step falters, as I look at her and run through the umpteen bear traps that might have just sprung. The property market can cause a lot of shit to happen and not just in the woods. Mind racing now, I shrug off my coat and run through some of the options that might hurt me. Surveyor downvaluing an agreed sale, lawyer ripping apart an ancient lease and advising against purchase, lender withdrawing a product and leaving a potential deal without finance, local authority search throwing up a planning blight, or a buyer just changing their mind.

‘Tell me then.’ I instruct S, once I’m sat at T’s vacant desk, plastic beaker of over-priced water from the cooler in my hand.
‘Mrs Ward.’ She begins wearily.
‘What now?’ I interject angrily. ‘Wants the buyers to wait another three months while she procrastinates? Expects them to pay extra for that “summer house” in the garden that anyone else would call a shed? Grumbling about the fee we’ll charge when she finally moves after five months of sales progressing, several adverts and over thirty viewings before someone offered?’

‘None of the above.’ Answers S with a grimace.
‘What then?’ I snap.
‘She’s taking her house off the market.’ The expletive is as loud as it’s coarse, echoing around the office and bouncing off the filing cabinets like some Tourettes afflicted Swiss yodeller.
‘Why?’ I finally plead after an apology for my, against company standing orders, swearing.
‘You’re still not going to like it.’ Ventures S, gathering up the file and bringing it over.

I expect buyers to jerk me around, it’s in their DNA. And even if they think they are genuine purchasers, there’s a thousand little property based land mines, to detonate under their intentions, along the way. Chains will break, relationships will shatter, jobs will be lost, but when vendors cancel a deal it hurts even more. I’ve nurtured a relationship with them from day one, fought off rival agents for the initial instruction, battled over-optimistic price expectations, spent on marketing, done countless viewings, nursed along faltering buyers, only for my client - the one who is supposed to be paying my bill - to pull the plug like a jaundiced surgeon switching off another life-support machine.

‘She says there’s nothing out there on the market as nice as her house.’ Explains S as she hands me the buff file, full of week after weeks’ worth of progressing notes in her neat hand. ‘Thinks she may have sold it too cheap in the first place.’ Continues S rubbing salt into the wound as I gaze at the bundle of letters and updates which when I left the office first thing, were worth about £5,000 on my sales pipeline.
‘Mentioned what she’d really like to do...’
‘Is pick her house up and move it somewhere else?’ I finish angrily, the familiar refrain hurting my buzzing ears even as I repeat it.

‘What are we supposed to tell the couple buying?’ Asks S plaintively. ‘They’re supposed to be getting married in three moths time.’
‘Tell them they’ll have a bit more to spend on the honeymoon.’ I reply bitterly. ‘Only nowhere to live when they get back.’
‘They’re going to be fuming.’ Continues S. ‘She kept them waiting for weeks and they’ve spent out on lawyers fees and surveys.’ S hesitates then adds. ‘I suppose they’ll blame us for it.’
‘No question.’

‘I really don’t want to discuss it, I’ve made my mind up.’ Proclaims Mrs Ward curtly when I ring to try and resurrect the sale.
‘Did you want to speak to the buyers and explain?’ I ask, knowing the answer but feeling malevolent once I’ve established the deal is dead.
‘I’d rather you do that.’ Instructs Mrs Ward as I think, don’t you dare say: That’s what I’m paying you for. But instead she says. ‘There won’t be any charges for me will there? It is no sale no fee.’

No cost to you, lady.

The Blog is free the book isn't but it's absurdly cheap and could save you money next move...

Funny - but I'm going to have to immerse myself in a cold bath to bring the temperature of my blood down.

Allowing kite-flyers to indulge their fantasies, whilst EAs race to the bottom.

As much antipathy as I have towards EAs, you have my sympathy there.

Sometimes agents really are to blame ...

Timewasting non-vendors take not just your time&effort, but house-hunters may have travelled to view, taken time off work, etc. Altogether worse than timewasting non-buyers.

Those homeseller packs did a useful job as a small deterrent to timewasters. You agents should take up that baton, and at the very least limit the no-fee deals to no-fault cases.

Sorry to be pedantic but prevaricate means lie, prochrastinate means dither (as in prochrastination is the thief of time). Look on the bright side, sooner or later she'll go off and waste someone else's time.

The wrong use of prevaricate is why I'm an estate agent sadly.I'll change it. The wrong spelling of procrastinate is something I'd not expect of a pedant though....

@secret agent: It's an iron law of the internet that a spelling or grammar flame must itself contain some egregious error!

Commiserations over the lost sale: Happened to us as buyers last year. Cost us about a grand in fees as the vendor pulled out a week before exchange of contracts. If the vendor at least had to pay the buyers reasonable costs perhaps they'd be a bit less likely to pull out!