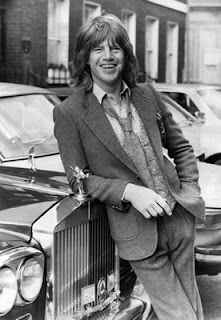 Morning meeting over, I loiter in the main office as my team set about the delegated tasks. Then negotiator S looks up and calls across to her only other female colleague, loose lettings lush B.
‘That’s going to brighten up our day.’ She announces and they both turn towards the window. Any hope of it being a punter with a suitcase full of cash – although with money laundering rules even that pleasure is denied – is soon forgotten. It’s the young window cleaner. They think he’s hot. So does he.

‘When he comes inside.’ Suggest B with a disconcerting chuckle. ‘Ask him to get right in the window display and clean the sills.’ B isn’t usually that bothered about the office appearance, but S confirms why.
‘You filthy cow.’ She says to B. ‘You just want him to bend over in those tight jeans again.’

Now I’ve had countless memos and ball-achingly dull courses reminding me that sexist behaviour in the workplace is unacceptable, but generally they’re generated by the humourless, sexless, women in the Human Resources department, and generally they’re aimed at males. Should I say something? After all, my risqué thoughts have to stay in my head, or at least wait until I write the blog.

‘Here come the soap suds.’ Announces B with a dirty laugh. And the women watch mesmerised, as the lithe lad smears the window with a foamy mix that hopefully will loosen the sticky pizza and puke combo in the bottom right corner. One I couldn’t completely flush away with warm water and the washing up brush, M the mortgage man uses to clean out his soup flask.

‘And bend, then stretch.’ Chimes S in a throaty, x-rated commentary that could earn her good money on an adult chat line. I might ask her to replicate it next time we have to ring round the mailing list to generate much-needed viewings.

‘You two are disgusting.’ Chides assistant manger T as the window cleaner re-appears with each confident sweep of his squeegee.
‘What?’ Challenges B aggressively. ‘You don’t letch after all the totty that comes in looking for flats?’
‘Or want to take them out on a viewing even though they can’t afford anything we’re offering?’ Says S.
‘He’s coming in.’ Announces B. ‘Look like we’re not interested.’

Too late for that, I think. I can recognise much subtler buying signals than the two women are emitting.
‘Morning boss.’ Says the lad towards me, before offering the females a broad smile and adding. ‘And morning lovely ladies.’ I can almost feel the atmosphere moisten, unless it’s the slosh of water he spills on the fake laminate floor as he stretches, as requested, to wipe the layer of dust and dead flies from around the corporate, guide to buying leaflets, lying underneath the displays.

‘How’s the search for properties going?’ Asks T brutally, as the snake-hipped cleaner emerges from under the halogen lights, with even more of a winter tan than before. It’s a cruel question. We all know the lad, on piece rates and self-employed with no more than a year’s accounts, will never get a mortgage. He’s more a payday loan kind of guy.

‘It’s you lot.’ He says in reply, stooping to mop the puddle on the laminate, just as I’m fretting where the yellow Wet Floor Hazard sign is. If someone goes arse-over-tit on site, the paperwork is endless and the accident book is used to prop the rear fire door open.

‘What about us?’ Asks S coyly.
‘You keep shoving the prices up. Making it impossible for ordinary guys to get on the ladder.’ A cheap joke about some steps and the outside fascia needing cleaning flashes by unspoken, as B says suggestively.
‘What you need is a more experienced Cougar to look after your housing needs.’

‘Scared the shit out of him.’ Jokes T, as the window cleaner exits, leaving a waft of aftershave and soap bubbles.
‘It’s depressing they all still think prices are our fault.’ I say as I spot a mark on the window he missed.
‘He’s a renter for life.’ Pronounces T, adding. ‘And he probably thinks a Cougar is something in the zoo.’

The mauling was nasty.

Get the e-book and clean up in the property market http://amzn.to/ttGZ4j
Posted by secret agent at 8:26 PM

You can get plenty of information about guaranteed payday loans from the Better Business Bureau. This is one of the services that they provide to consumers.

Lenders of guaranteed payday loans in the United States are trying to always help out borrowers by coming up with new loan schemes. Because they are running with this goal, they try to increase the features of the loans so that they are more attractive to borrowers.

Hmm. Not sure pay day loans are quite as well thought of this side of the pond...
S.A.

Agreed SA
They are truly evil - the people who push them