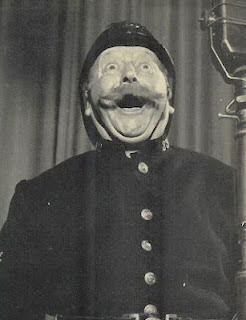 Disturbed sleep is something that comes with age, young children and too many years selling. I’m tossing and turning through another turbulent dream, involving S my buxom negotiator and more worryingly the bean counter boss waving a virtual spreadsheet with numbers and equations floating from translucent pages. Then F, my idiot trainee swims in to view wearing a horse’s head and striped boxer shorts. Any sexual excitement subsides immediately, just as I hear my wife’s voice shouting. ‘What the hell do you think you’re doing down there?’

I’m awake now and confused. The room is dark and as far as I can tell there’s nobody else in bed with me. Guiltily, I check both hands and fumble down below, nothing out of the ordinary.
‘Where are you?’ I ask drowsily.
‘Here by the window.’ Comes my wife’s hissed reply. ‘There’s someone in the garden.’

Great. Now the number of people wishing to do harm to an estate agent is legion. But normally they don’t know where you live. If someone has tracked me down and is bearing a grudge over a gazumping or contract race, I don’t want to fight them off in just my pyjama bottoms. If they’re wielding one of my for sale boards, like that angry owner who tried to insert one through the office letter box, it’s going to get really messy.

‘Are you sure?’ I ask, joining her at the window. And as I say the words, hoping her dreams are as troubled as mine, a flashlight flickers below us and I jump back in alarm. A rather girly shriek emits in stereo, before my wife follows it up with a more robust.
‘Get out of there. My husband is coming down!’

Really? Not the police? Or maybe ring that busybody woman who runs the neighbourhood watch? Actually go out there and confront some smackhead, with a knife and a grudge about being evicted?
‘Be careful.’ Says my wife belatedly, once I’ve donned a t-shirt and a fleece and am exiting the house wearing slippers.

I can hear movement by the garage as I creep cautiously through the gloom, heart pounding, near wet dream just a clammy memory now. Absurdly I find myself wondering why I didn’t take out that extra death in service insurance M the fat mortgage man was trying to flog me last month, to make up his figures. I realise belatedly I don’t have a weapon, other than my bludgeoning wit. I’m guessing a gag about being available for property problems 24/7 isn’t going to reduce a coked-up burglar to harmless giggles.

Then I see a dark form leap the fence in one single bound. Momentarily I make to follow him, until I remember the bad back and the slightly too snug bottoms I’m wearing. Pathetically I open the side gate and find myself in the road, just as the figure emerges from the bushes.
‘Come here.’ I shout unconvincingly and to my horror the figure rushes towards me fists swinging.

The smack in the teeth, stings unexpectedly, as I wonder which aggrieved punter this is attacking me. And then a couple of decades of anger explode in my head and I grab my assailant with the immortal words.
‘You’re nicked.’

As we wrestle on the soaking ground, I realise the gangly figure is no more than my youngest son’s age - late teens at best. Lettings customer? I think absurdly, as he lunges at me and I wonder if I’m about to feel something sharp, other than regret, stabbing in my chest cavity. Then I have him in a stranglehold as he begins screaming obscenities and all the neighbours’ lights start to come on like the end credits of The Flintstones.

‘Call the police.’ I shout breathlessly at my wife who’s appeared clutching the phone and incongruously, a rolling pin.
‘999 or the other number?’ She replies uncertainly as the struggling lad tries to reverse head butt me then yells he’ll be suing for false imprisonment.

Just waiting to see whom they charge.

It's okay, they give access to the TV, phones, internet and everything in there. You can still do the blog. In fact, you'd probably be able to hold down your job too by barking orders remotely like your accountant boss. Video conferencing perhaps? Hope S forgets to turn her PC camera off - you could get lucky.

Good for you, SA.

They won't be pressing charges, Jaundiced. Boy was drunk, has behavioural problems 'and comes from a good family'. He wants to write and apologise. I'm still waiting.Tooth is still loose though.

I've found that gently pressing the tooth back in sometime helps settle it a bit, instead of just poking it.

Don't waggle it though!

Anonymous said...
This comment has been removed by a blog administrator.
9:20 AM