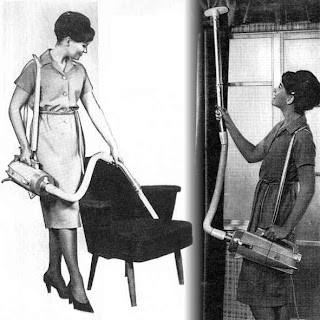 ‘Bloke wants to come and see you.’ Announces assistant manager T in lieu of a welcome back greeting, or a cup of tea.
‘What for?’ I ask warily as I take off my coat and dump my briefcase on the floor. Chances are T could have dealt with the enquiry, but if it’s a complaint he’s a past master in shrugging-off responsibility.

‘He’s selling something.’ Relies T nonchalantly, as he clicks something on his screen that is far more likely social networking than working.
I relax a little. At least they’ll have to be polite and although it doesn’t have to be reciprocal - now they want something from me - I’m mindful of when the boot is on the other foot.

‘He’s a man with a van.’ Enlightens T after some gentle probing, as I sip at the cuppa S, my buxom negotiator, has placed in front of me. Hot and steamy. Gentle probing.

‘Says he can undercut the national removal companies.’ Continues T distractedly, moving his mouse and clicking with more enthusiasm than he normally musters. Definitely social.

There was a time when local firms, be it solicitors, removal men, surveyors or undertakers all worked together for mutual benefit and a bottle of whisky at Christmas. If you got the chance to flirt with one of their secretaries at their clients’ Christmas bash even better. Now, group corporate agreements with battery-farmed conveyance clerks, panel surveyors and utility switch companies, all bring an inferior service and a kickback payment nobody – least of all the client - knows about.

‘Was he any good?’ Asks T, after the putative sofa-shifter leaves the office later and I tip his business cards in the bin.
‘We’ll never know.’ I tell T wearily. ‘Not allowed to use anyone other than group authorised suppliers. Health and safety and insurance reasons.’ I parrot unconvincingly.
‘Referral commissions then.’ Says T.
‘Yep.’

‘Are you interested in a free quote from a new cleaning company?’ Asks S when she rings my extension later. I look through my office window to the main sales floor and see one of those slightly brassy, once glamorous, peroxide-haired women of a certain age who after the last divorce decided to start their own business. She’ll hate men but have a small army of minimum wage housewives in rubber gloves at her disposal. I weaken.

‘The standard isn’t great then?’ Confirms the woman as she rubs a disdainful finger across my desk and looks at the grubby phone mouthpiece as if it’s an unwelcome flash in the park.
‘It could be better.’ I agree, respecting the fact she’s almost hiding her dislike for my gender and occupation – almost.

‘We could come alternate days for the same price you are paying and make a much better job of it.’ Promises Ms Mop with the sort of bold future service claims I have to make daily. My P&L pinching bean counter boss has reduced the current contract clean to three days a week and I often end up running the vacuum round myself after hours. False economy – if only the accountants knew.

I tell the businesswoman, who deflates almost visibly, she’ll have to send her quote to the head office black hole and wait. The truth is nobody has ever bettered the old lady who used to clean daily; washed up all the mugs, had the toilets fit to shit and took the tea towels home to wash and iron. Sacked, because she couldn’t provide suitable proof of indemnity insurance.

It’s dark outside as my internal line chimes again. I realise I’ve been picking at a spillage on my desk absent-mindedly. A spillage our old girl cleaner would never have countenanced remaining for a day, let alone three.

‘There’s a lady in the office who can offer Interior Design and makeover services for clients who are having trouble selling.’ Says S unconvincingly. It works well on the television but if they won’t drop the bloody price they’re unlikely to cough for new cushions and curtains.

‘Ask her to leave a card.’ I tell S flatly, having dismissed a free trial in my office.
I’m used to looking at the stained ceiling now.