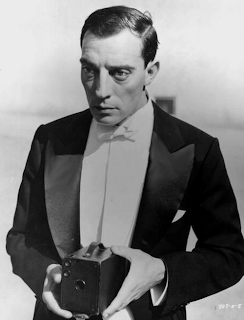 ‘System is down.’ Announces well-endowed negotiator S, with a rippling shrug that causes two teenagers looking in the window wistfully, to want to come again.

I ignore the adolescents peering through the glass, phones in hand. If they’re trying to get a snap of S for their Facebook friends page they wouldn’t be the first and if they’re trying to read that QR – quick read – code on the opening hours sign, I hope they have more luck than most. Nobody over forty including me really knows what they are for – and as the average age for a first time buyer is approaching that landmark, I sense another technology shortfall.

‘Have you tried switching it off at the plug, then on again?’ Suggests assistant manager T with a stifled yawn. He’s probably saved a phone call to some Mumbai helpdesk and more confusion over a supposedly common language.

‘Tried that.’ Scoffs S derisively. ‘Just because I’m a girl doesn’t mean I can’t do technology.’ I can’t, I think, still moving optimistically towards S’s desk as I recall the name a disappointed purchaser called me last week, indicated I was very much a female...

‘He’s not going to be able to help you out.’ Mocks lettings lush B from her side of the office. I could, I think defiantly, as B follows up with a damning. ‘He still measures rooms with a tape.’

It’s true I use the analogue version of transcribing areas. I had several early adopter disasters with digital tape measures that used some sort of whale-based echo sounder ping system and converted studio flats with one room and pull-out sleeping arrangements, into a quarter acre field with space for several dozen units. I just can’t face another trading standards investigation - or another pod of beached Beluga’s.

S leans back, quite a feat given the gravitational pull, and I squint at her frozen screen. I try a couple of pessimistic Ctrl/Alt/Delete stabs and reach the limit of my skill set.
‘F***ed?’ Asks T, causing momentary cross-purpose confusion.
‘Think we might need the IT boy.’ I say, moving away before any inadvertent body contact. I’ve read the memo on invading personal space.
‘He’s quite hot if they send the same one.’ Says B suggestively. She’d eat him alive.

‘They never send the same one twice.’ I opine, waiting for what I judge to be appropriate comic timing before adding. ‘They have to work round their school hours.’ Unlike B, this doesn’t go down too well. Then idiot trainee F wanders in, bovine look on his face. Why didn’t I notice that when I interviewed him? Cattle fatigue, I guess.

F has taken some internal photos on a property I placed on the market a day ago. We can’t upload them to the portal so we gather round the camera to inspect. Now I’m no David Bailey, but I do strive to show a home in its best light. Shifting cars from drives, moving dustbins, asking surly teenagers to get off their bed and open the curtains. I’ve told F all of this, but just like our computer equipment the same faults repeat themselves.

‘Are these for your private collection?’ Mocks T indicating a bedroom shot with an array of panties draped across a radiator. Worryingly there’s a conspicuous gap amongst the smalls and I just hope F hasn’t succumbed to temptation. There’s nothing on his head at the moment but his hair looks a bit dishevelled.

The remainder of the snaps are poorly framed and fuzzily focused despite the idiot- setting on the digital camera I insist he uses. I’m going to have to retake them myself.

‘Back up and running.’ Reports S as I come back in, artful shots in the can, recognition surely only years away.
‘Did they send the kid in shorts and a cap?’ I ask, looking at B suspiciously. I don’t need her on some sort of offenders list, other than the obvious one.

‘No, software update.’ Informs T languidly. ‘Just had to reboot when they’d finished and everything was fixed. No worries.’

If only that worked for me…
Posted by secret agent at 8:40 PM

More importantly, did F use the fish eye lens? Vital in making the tiny rooms look palatial in size (if somewhat distorted)

Someone at work recently demonstrated to me a very wide lens but without the distortion. The straight lines look deceptively straight. The only giveaway is that the 90-degree corners of tables look like pencil-points ;-)