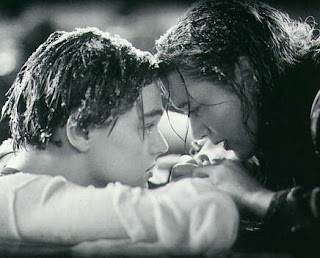 ‘Neighbour of 34 New Street rang while you were out.’ Announces negotiator S as I come through the door chilled to the bone.
‘What did she want?’ I ask tersely. It’s an ungraceful reply, but then I’ve had two time-waster valuations back-to-back, with potential sellers thinking their homes are immune to market forces. If I hear one more delusional owner say, ‘I’m not giving it away’ they can have more than a free market appraisal to chew on…

‘Why do you assume it was a woman ringing?’ Challenges S fierily. I hesitate, sexist comment alarm jangling in my head. I don’t want another awareness course from those joyless females in Human Resources. Lettings lush B is also now looking at me, sensing a chance to take offence.

Several trite comments about certain genders having more time to look out the window, or being more aware of what their neighbours are up to, are stifled before utterance. I eventually stutter out something neutral about it being just as likely to be a man but that I took a 50/50 shot.

‘Well it was a woman as I happens.’ Says S seemingly satisfied at my discomfort, as I shrug off my coat and feel my cheeks still burning. B loses interest and returns to a many-paged signed tenancy agreement that she seems to be amending retrospectively. ‘Says she can hear the sound of running water through the walls.’ Continues S.

‘Shit.’ I answer mind racing. ‘Did we send out a cold weather warning letter to the owners?’ All empty properties are prone to freezing pipes, but after a decade or more of mild winters you tend to forget the fact. Repossessions are routinely drained down as soon as the locks are changed and corporate relocation companies insist on a plumber shutting services off too, it’s the private, absentee owners who can sometimes slip through the net. Ultimately it’s not my responsibility, but the agent often takes the flak. There’s a letter of course, one that I’m relived to see S waving a copy of. I could kiss her.

‘In the file.’ She confirms, jiggling the evidence alluringly, before frowning and adding. ‘Only they never replied.’
‘Are they still living away?’ I ask, racking my brains for the vendors’ surname. I can remember the properties but not always the people.
‘Think so.’ Answers S, less convincingly.
‘When did we last have a viewing?’ I probe, feeling of unease rising like a burst water main.
‘While ago.’ Answers S. ‘It’s way too much money.’

‘Why do you need me exactly?’ Asks trainee F as we battle the afternoon school run traffic. It’s a question I’ve asked myself many times. The man is an imbecile, but I’ve invested so much time in him and it’s so hard to sack people now that I persevere.
‘In case we have a mopping up operation to do.’ I tell F, as some snooty woman in a giant 4 x 4 barges out of a side road ignoring conventional rights of way. Road rage is a luxury I can’t afford, as sods law dictates your next valuation will have a familiar Toyota Land Cruiser gently cooling on the drive when you turn up five minutes after giving the owner the finger…

The nosey neighbour is waiting for us. It won’t be the first time I’ve seen damp on these ageing terraced properties, New Road being close to a Property Misdescription offence, nowadays. But normally it’s damp of the rising kind.

‘Oh no.’ I groan as I shove the sticking door and come up against as soggy mass of junk mail. I can hear a pipe gushing madly overhead and a steady stream of water is leaking from the hall light fitting.
‘Don’t touch the switches.’ I shout at F, belatedly realising it would be one way to create a staff vacancy without a tribunal, but the paperwork would be endless.

‘Never thought the job would be like this.’ Proclaims F as we stand on the upstairs landing and eye a vast watery bulge in the ceiling warily. ‘It looks like a giant tit.’ Adds the gangly twerp without a hint of irony.

Cheer up. Slate's relisting one of your old pieces in a laudatory way

Nice to be noticed eh SA! The retro years!

And the original piece:

You were writing for these papers just before the twitter explosion, imagine the followers you could get writing today!

Not your usual article but very interesting!