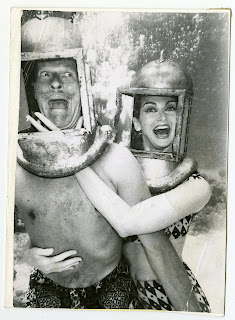 ‘Oh crap.’ Exclaims negotiator S as she looks through the office window. ‘Here come the buyers for flat 2.’
‘How are they looking?’ I ask anxiously. Sales falling through not my favourite thing- somewhere just before being kicked in the bollocks and just after a punch in the face.
‘Not happy.’ Answers S mournfully.

‘Keep upbeat,’ I hiss in encouragement, as the middle-aged couple approach – first time buyers becoming as grey as my underpants nowadays. ‘Everything is negotiable.’ S returns to her desk and feigns activity, mouse skipping back and forth across her mat, industrious look on her face.

I watch as the pair enter the office, faces dark as thunder. They’re clutching what looks to be their surveyor’s report. S is good but then she’ll have to be, as doubtless the chartered destroyer will have picked the little ground floor conversion to pieces – that’s before their solicitor gets to dismantle the arcane lease.

‘How nice to see you both.’ Chirps S. The man looks convinced but then he’s looking at her tits – his partner isn’t so easily charmed. I sit at assistant manger T’s vacant desk and prepare to watch and listen. My staff hate me doing it - I just can’t help myself.

‘We’re not happy.’ Begins the woman, nudging her man into attention as he eventually draws his eyes to meet S’s. ‘Oh I’m sorry,’ soothes S. ‘Why is that?’ She knows. The flat is a cheap conversion by a shoddy speculator. He’s ruined countless, once sturdy family homes, by splitting them into one-bed and studio hutches with poor soundproofing and cramped square footages.

‘The place is dropping to bits.’ Rails the woman. ‘We’ve paid hundreds of pounds out only to find you are selling a flat with dodgy electrics, rotten window frames and rising damp.’ They all think we own the properties, personally paper over the cracks and cover the wet rot with filler – that’s hardly ever true…

‘We can get builder’s reports for most of these issues.’ Suggests S gently. ‘And it’s still the most competitive priced flat we have in that part of town.’ The couple hesitate momentarily. I see it and I hope S does too. They’re not pulling out yet, mostly because S has a point – two very prominent ones as it happens – they’ll be hard pushed to find another property at this price with shared garden access, off-road parking and hot and cold running walls.

‘I thought so.’ Says S, pulling several sheets of photocopied paper from the file triumphantly. ‘There’s an existing damp proof guarantee in force.’
‘Which means what?’ Demands the woman tersely. Always sell to the woman. Fact.

It probably means the company who carried out the work a few years ago have gone bust, and the 25-year guarantee has about as much value as some unexpectedly discovered Greek Drachma left over from that Corfu calamity.

‘We might be able to have the silicone injection and wall tanking carried out under the policy.’ Ventures S, as I cringe in anticipation of the calls to an obscure insurance company with more exclusions and add-on charges than a budget airline. Surely the couple should be glad to have a ready supply of mushrooms appearing in the kitchen, free gratis?

‘And the rotten windows?’ Demands the woman softening, as her near-drooling partner shows signs of hardening.
‘External work may be covered under the maintenance charges.’ Says S with more authority than I’d have mustered. As I recall, the shifty developer runs sister companies that stiff lessees for over-priced management charges on the conversions he’s carried out. It’s going to be a tough battle – but it’s achievable.

‘I’ll get all the reports and paperwork organised for you,’ charms S as she walks the couple to the door. ‘Then see how much the vendor will contribute to at least meeting you somewhere in the middle.’ The man is smiling, the woman nodding in agreement. S has done well. I just hope the owner appreciates how hard we’re working for our fee.

‘How did it go?’ I ask S as I return to the office later. Her face tells me the answer.
‘Owner won’t drop a penny. Says they’re giving it away as it is.’

Got to love the public.

Surprising that now the derriere has fallen out of the market people are being picky and not overlooking such trivialities as rotten windows and rising damp.

How mad must these people be to be worried about thousands of pounds of remedial work, to a shoe box too.

But at least one of these homebuyers is looking over the important things, such as S.