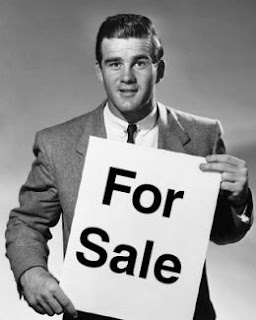 ‘This will be a waste of time.’ Whispers short of stature, big of ego, rival manager H, to somewhere around my nipple. We’re gathered in another joyless hotel function room with the whiff of stale beer in the carpet, flecks of spent confetti around the edges and a lopsided glitter ball hanging overhead. Pick a metaphor for my situation.

‘I don’t know who half theses tossers are.’ Bemoans H, as we sip on brutally bitter coffee that’s been stewing longer than I have and eye the pre-frozen croissants warily.
‘We’re long-serving staff now.’ I tell him without a hint of pride.
‘Long-suffering more like.’ Rejoins H. He still wins most of the plaudits and competitions, but lately I’ve detected he’s being worn down by the ceaseless pressure – something he can ill afford at just over dwarf level.

‘Morning everybody.’ Trills the course presenter in that jaunty, local radio presenter tone that makes you want to punch the perpetrator. He has a mid-Atlantic accent, somewhere I wish he was right now, and is accompanied by a glamorous twenty-something female sidekick in too-tight trouser suit, whom he introduces as the course facilitator.

‘I could facilitate her.’ Whispers H salaciously. Not without a stepladder, I think acidly, as we reluctantly head towards an unsettling circle of chairs, reminiscent of a western where the wagons are grouped, ahead of something unpleasant happening.

The glamorous girl, who probably has a degree in something I’ve never heard of, but doubtless has never been on a leaflet drop in the snow, does that irritating health and safety routine. One designed for idiots who seemingly would burn rather than find the nearest exit if it wasn’t pointed out to them.

‘If you need to use the facilities,’ Continues the girl, while the main man flashes up a blinking cursor on a projector screen - one that screams piss-poor PowerPoint presentation coming soon. ‘Please try and wait until one of our regular comfort break intermissions.’

‘Intermissions?’ I mock, as H and I sit together defensively. ‘She bringing round choc ices then?’ H is too busy regaling me, rather unpleasantly, as to how he’d like to comfort and break her, to appreciate my more homely quip. Then the course director steps forward.

‘What a bunch of wank.’ Growls H at the first refreshment stop. ‘I could be out nailing a couple of sole agencies instead of listening to all this toss about becoming friends with your vendors.’ He has a point. I’ve heard most of this pseudo psychology sales stuff a dozen times. It’s just a different presenter and a prettier assistant. ‘I don’t want to see my vendors again until they move,’ continues H frostily. ‘I’m certainly not sending the bastards a moving anniversary card.’

The group exercise has me grinding my teeth in frustration. I can think of nothing interesting to say about myself for a belated introduction, I write a Blog being a bit of a non-starter if you want to remain anonymous. And as the facilitator has slyly separated H and I, can think of nothing to say to anyone else. Of course the younger, less jaundiced attendees, throw themselves into flip charts and brainstorming ideas on to sticky yellow post-its, with gusto.

‘I need each team to nominate a presenter to report your conclusions back to the room.’ Trills the man, in a voice that sounds like a traffic and weather report rolled in to one. I’m just about to look at my feet, when I spot the facilitator with the distracting arse bringing out a tripod and video camera. Terrific there goes my no publicity request, it seems they’ll be filming this debacle for future training purposes.

H’s group is represented by one of those slightly too pushy daddy’s girls. She’s the type - with expense account clothing, a horse and a minor school private education - who prosper in estate agency, until they get pregnant. She’s good, in a slightly too earnest way, although I can see H is more interested in her figure than her conclusions, as she finishes to polite, if not effusive, applause.

‘Now who is presenting for team C?’ Asks the man who can tell but not sell.

Painful memories come flooding back. I remember why I left the corporate world to become a hopeless and socially useless speculator.