Only Way Is Up - Tuesday 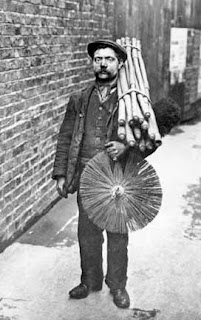 ‘Have a good one.’ Urges my wife as we peck on the doorstep and I head off to work. She’s nothing if not optimistic, which she needs to be because after so many years in sales I’m the exact opposite. They say attraction works like that, but any magnetism I may have once possessed seems to be more than a little tarnished and my suddenly constricted waistband doesn’t help my mood. It seems the dry cleaners have shrunk my suit…

‘Don’t forget the diet starts today.’ Calls the missus as I lower the car window and muster an unenthusiastic wave. If experience tells me anything, it’s the fact I’ll need to be comfort eating by tea break if this return from the Christmas break runs true to form.

I’m first in to the office, so that prediction is a shoe-in. Then as I check the answer-phone messages and look at the now rather tawdry festive lights in the high street - one daisy chain of which had become detached from its lamppost and is drooping like I was on New Year’s day – I listen to a brace of owners withdrawing their homes from the market, one buyer pulling out because their girlfriend has left them and a couple, whose sale has been agreed for three months, cancelling the deal because there is “nothing on the market as nice as their house”.

‘Happy New Year.’ Announces assistant manager T unenthusiastically and I parrot the expected return for the first of many times during the day. T is nearly twenty years younger than me, but the lustre is coming off. He too, has felt the setbacks every salesperson has to live with. He’s aware our office targets have risen again and our figures achieved have all just re-set to a big spherical number.

‘Do you reckon we have a hope in hell of hitting these numbers?’ T asks, as the kettle rolls to a boil and nobody else arrives in the office. I should give an upbeat response, urging T to have a positive mental attitude and to help me lead the line from the front. But the truth is I’ve missed more goals than a misfiring Premiership striker, and I don’t have the safety net of weekly wages more than most workers annual salary, or the willowy girlfriend, the penthouse apartment, the baby Bentley….

‘You look a bit down.’ Says negotiator S as she breezes through the door perkier than puppies, which is kind of appropriate given the top she reveals once her coat is off. ‘Just the traditional pause before I start again.’ I tell her flatly, before realising my mood isn’t going to encourage the team and adding the oft repeated: ‘I’ll keep asking for the business though. Remember it takes ten no answers to get a yes.’

S smiles and heads for the kitchen, as I decide I can’t afford to ask even once, given the non-harassment company rules. Plus, I may have a repossession later in the week but I’d like to keep my own house.

‘Happy New Year.’ Says mountainous mortgage man M as he sways through the door with difficulty. He’s clutching a baker’s bag of something greasy and I can smell the aroma of fatty pastry even as I bat back the unconvincing reply. My stomach rumbles and the trousers cut in around my waist in admonishing reply.

‘Let’s hope it’s a good one.’ Chimes lettings lush B when she comes through the door She’s possibly still pissed, or it could be the unsuitable heels making her wobble. I’m about to add the next, “without any tears” line, when F the idiot trainee bangs through the door and my eyes start to prickle. His tie is askew, one side of his collar is up, the other down and his flies are at half-mast again. Then the bean counter boss rings.

‘Got to get off to a flyer this year.’ He proclaims. ‘Those numbers won’t do themselves.’ He’s the master of the vacuous statement and he probably has it in PowerPoint on his laptop. Then he turns the knife by telling me H, my rival manager, has already done two deals this morning.