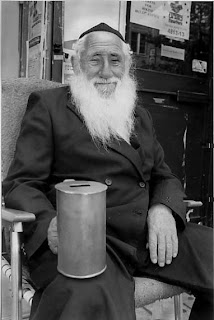 Hurrying through the park en-route to an appointment I’m accosted by one of the winos. He is obviously too drunk to read body language as he makes his pissed pitch anyway.

‘Spare some change for a cup of tea guv?’ He croaks, just a gnats away from out-and- out aggression. The possible retorts are almost too many to reel off, plus I’m in danger of being late for a valuation appointment. Even so, I’m tempted to run a few by him - once I’m out of spitting range.

‘Sorry.’ I bluster instead, as I hurry on ashamed of myself again. Bad enough I’m in a profession despised by most, but now I haven’t got the guts to tell a bullying beggar to get sober, get a job and get off that bench so someone more deserving can sit on it without feeling intimidated.

‘Just a few coppers.’ Persists the man with the sort of tenacity T, my laid back assistant manager, fails to find. I want to tell the unshaven wastrel I know he won’t spend any cash he extorts on Earl Grey and a Rich Tea biscuit, but a punch-up before fighting over fees and asking price, isn’t going to enhance my chances of winning. I feel bruised enough as it is. He’ll be waiting for me on the way back anyway.

As I run through my proposed presentation and wonder how high I’ll have to pump the suggested selling price to fight off the other value-inflators and not disappoint the owner, I spot another local character coming towards me, satchel over one shoulder, can in hand.

‘Big Issue pal?’ Intones the guy with barely a glance at me. He’s not even at his normal spot yet, but to give him credit he’s trying. Got the wrong man though.

‘I’ve no change.’ I mutter, trying not to catch his eye, but he looks up to see me and can’t hide his distain. ‘Oh the estate agent,’ He says with a shrug of acceptance. ‘You lot don’t help anyone but yourselves.’

Bloody cheek, I think, as I hurry on towards the car park where the charges have just gone up again. The local council seem intent on creating a retail wasteland in the high street, with whitewashed windows punctuated only by charity shops - and estate agents. And now, the Big Issue seller thinks he’s better than me, even though I’m forever helping undeserving people to find homes. I’m not happy.

‘How’s business?’ Asks a familiar voice, one I don’t want to hear. It’s the hobbling banker labouring down the steps. I can’t remember if he’s had one hip done and still needs the other resurfacing, or not. I certainly don’t care, particularly as he’s about to make me late.

‘Can’t grumble.’ I lie, on more than one level. He stops, possibly for a breather but more likely for a conversation I don’t have the time or inclination for.
‘Do you reckon the market is steadying?’ He quizzes as he palpably wobbles. ‘Only we’ve been told to put a positive spin on everything.’ He doesn’t look convinced, but like me he’s been around long enough to recognise bullshit, even when it’s wrapped in a focus group wrapper and presented in PowerPoint.

‘We should have lunch some time soon.’ Suggests the banker half-heartedly. If he ever ends up jobless and drinking he’ll need to work on his sales skills if he expects to be kept in extra strong lager and tobacco for free.

‘Yes that would be good.’ I fib for the fourth time in quick succession, conspicuously looking at my watch. Something no good salesman should do on a presentation, but in this case I haven’t got there yet. Anyway, the banks don’t pay the sort of entertaining expenses they used to and this guy could bore for the mining industry.

‘I want at least twenty thousand more than that.’ Sneers the lady owner when I finally commit on proposed price. ‘The other agents assured me they could get that, are you saying you can’t?’

The only way is up!

Or down - if you prefer reality...

Its funny I was about to say that you may have more in common with the big issue seller sooner than you think. Then I looked at the big issue website, and guess what, the big issue sells for more than your latest book, I dare say they have a wider distribution too, lol....maybe you need to over inflate your book price (like those houses you lot 'sell').

I will buy the book soon though lol!

I was going to try offers in excess of but Amazon didn't like it...
S.A.

Maybe you could suggest to potential buyers of the book that you have other interested buyers in it (who don't really exist), who will pay at least what you are asking for it, so they'd better buy it quickly.

I know that's a bit dishonest, and a practice estate agents would not do in their native trade...;)

All employees are on a redundancy list somewhere, they just haven't all been signed off yet.