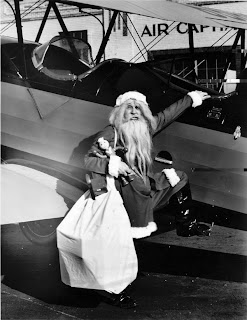 ‘Alright mate?’ Calls a masculine voice amongst the pre-Christmas shopping throng. Straight away I’m on my guard. I’m not signing up to any direct debit scams to help destitute Bolivian donkeys at any time of year – so they can forget the season of goodwill if it’s another charity-chugger. Equally, the chances of it actually being a mate of mine - and one of them emigrated - I could count on one gloved hand. Can only be a matter of times until I’ll need mittens.

‘How’s it going?’ Persists the voice as I struggle to focus amongst the teeming retail lemmings, all buying tat that will be exchanged or re-gifted before the decorations come down. Then I see the oily-operator and, as suspected, he’s no friend of mine. It’s the much younger, much chavvier manager of a rival firm of estate agents. I don’t like him.

‘Fine.’ I say neutrally pasting on a smile even I can tell is unconvincing, from the tonsil side. I’m not in a hurry this time of year as the office diary has more empty spaces than the Ikea car park on Christmas day. I still don’t want to stop and chat to someone who has spent the last three-hundred-and-fifty-odd days trying to close me down, though.

‘Me too,’ continues the man as I try not to sneer at his absurd tie and shirt combo, or envy the waist size I can only recall from the redundant suits still in the wardrobe – just in case. ‘We’ve had another cracker of a year.’ Continues Billy Liar as I try not to laugh in derision, primarily because he looks as though he spends as much time in the gym as I do in the fridge. Another punch-up in the high street is so undignified and those closed-circuit cameras miss nothing.

I’m supposed to be blowing the princely sum of £5 on the Secret Santa recipient I plucked from the draw. This year I have S my buxom negotiator to cater for and I’ve already lingered inappropriately outside the Ann Summers shop, wondering how I’d gauge her bra size and how much more I’d have to pay to get anything with enough cantilevering to keep her upright. I can’t recycle the chocolate willy B the libidinous lush from lettings bought me last year – I’ve read the memo on unacceptable behaviour from human resources, plus I gobbled it down in a moment of weakness some time in February.

‘We’ve altered the company record books too.’ I find myself saying absurdly, all though as I see his face fall just a little, I realise - just as I spot the hot chestnut salesman - that there’s an unintended kernel of truth in the boast.

‘Yeh. I reckon we’ll be having another stonking year next time.’ Crows the lad unconvincingly, as the phoney sales figure inflation escalates like some cold war arms’ race.
‘Got to go. A run of appointment later.’ I fib, moving past the steaming nut salesman’s stall. ‘Yeh, I’ve got to crack on,’ replies the fabricator who habitually adds 10% to all his valuations. ‘I’m rammed right through ‘till Christmas Eve.’

‘Twat.’ I mutter as I dodge a fat woman counterbalanced by podgy fistfuls of Debenhams’ bags, heading towards McDonalds purposefully. I think I hear a retort that also ends in a guttural T letter, but it’s lost amongst the hubbub of noise and the lilting sounds of Oh Come All Ye Faithful, from the Salvation Army band. Terrific, now I’ll have to make a detour to avoid another earnestly proffered collecting tin. The, I already give privately response is beginning to get suspicious looks after the Pudsey bear fiasco.

‘Oh I’m glad I’ve seen you.’ Calls a woman’s voice, as I jettison all thoughts of any non-scratchy lingerie for a fiver and turn to see one of my vendors approaching. I know her house, can’t remember her name.

‘Why is my property not selling?’ She demands with no hint of cheer. I could tell her. The price. The décor. Her pongy pets and children. The neighbourhood. They are all valid and all so much easier than choosing a politically correct, employee-to-employee gift. But I take the safe option.

"Equally, the chances of it actually being a mate of mine - and one of them emigrated - I could count on one gloved hand. Can only be a matter of times until I’ll need mittens."


I'll be your friend.

Your writing style's amazing. I really enjoyed reading it as if it were a novel. You really got me hooked to buy your book. Thanx for writing a great blog. Its one of a kind I read all this time. This is my first visit to your blog and I think I'll become one of your regular readers.

Many thanks Natalie. S.A.

If only Natalie were S, eh SA?

Publishing deal indeed - didn't know my wife read the blog, might have to change a few things....
S.A.

Yet another secret life scuppered by the internet?