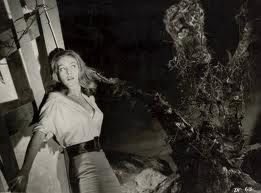 Reluctant team gathered around, I pause before commencing the morning meeting then ask pointedly. ‘Has anyone seen that weed by the window?
Timing is everything, in property, comedy and sex – or so I’m told. This is unfortunate, as to a man, woman and retard they all turn and look outside just as a limp-wristed-looking lad in those huge black glasses, pauses to examine the display. The poor geek spots the movement inside the office and bolts like a startled racehorse. Our image drops a notch lower in the community.

‘Not the four-eyed fool.’ I snap ungraciously, then realise T the assistant manager is looking daggers at me through his own designer-framed windows-on-the-world.
Big-bellied loan peddler M starts to chuckle voluminously and says. ‘I don’t think you can discriminate against myopically-challenged weirdos.’ He’s right of course and I’m instantly ashamed. I’m half tempted to book myself on a re-alignment course, but realise I couldn’t stand another pseudo psychology lesson from a humourless woman in a trouser-suit.

‘I didn’t mean to offend anyone with an alternative ocular viewpoint.’ I stumble awkwardly. T clearly doesn’t think it’s funny, so I move on. ‘I meant the unpleasant growth that’s been expanding daily without anyone even noticing.’
Lettings lush B catches negotiator S’s eye and the two women look at M who is oblivious to any potential slur as he’s unwrapping a chocolate bar, that I recall as an appropriately named Marathon. Of course it’s been re-branded.

The two women are giggling like schoolgirls, T is looking towards the window with a frown, idiot trainee F is gazing into space and M is now munching in an unpleasantly graphic fashion. No wonder I can’t make my year-end bonus.

With a sigh, I stand up and beckon the group to join me. A good team will follow their leader through crisis, danger and enemy fire; this lot seem reluctant to make the pavement. Eventually we stand, an absurdly diverse group, whom fate and poor educational performance has flung together, in a semi-circle, backs to the road, staring at the object of my ire.

‘What is it?’ Asks F eventually, to a soft chorus of groans.
‘I don’t know the Latin.’ I snipe. ‘But I’m pretty sure it doesn’t belong under our windowsill.’
‘Some sort of thistle?’ Asks S with a hint of a smirk.
‘Anyone care to guess how long it’s been there?’ I say exasperated. It’s a t least a week now and I’ve had to almost physically stop myself from uprooting it every day, just to prove a point. This morning I couldn’t last any longer.

‘Not that long.’ Posits T erroneously. I point out to him it might be alien to me but it’s not a Triffid. Facile diversion about John Wyndham’s novel over as nobody has heard of it, I move on.
‘Does anyone ever actually look at the window display?’ I ask, warning-off S’s signposted quip about geeks in glasses with a deep frown in her direction. ‘It’s been growing for days. Presentation is everything.’ I say, as an inner voice nags: I thought it was timing?

It’s bad enough businesses don’t mind having bin bags piled against their boundaries - even when the local authority workers aren’t taking industrial action - but having scruffy plant-life outside reminds me of when the Big Issue seller decided to set his pitch in front of our first time buyers’ display. Pointing out I already help the homeless when I moved him on, didn’t go down too well.

I realise everyone is looking at me expectantly and office workers late for first coffee are stepping round our kerbside gathering. ‘I’m just saying it’s indicative of a lack of care, an attention to detail.’ I say wearily, all fight evaporating even before the first down-valuing surveyor collects keys.

Pulling the weed up angrily was a mistake. It was definitely a thistle – and we had no plasters or antiseptic cream in the first-aid kit. The health and safety audit removed them. A potential hazard apparently.

It hurts more than I can say.

What a waste! You should have put it in a posh pot with some gravel and stood it by your door; instant kerb appeal!

I've nominated too and I've mentioned it on Housepricecrash.co.uk (no joke.)