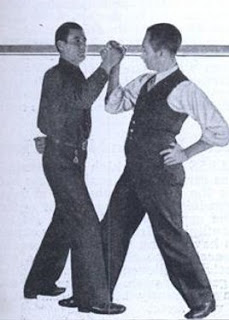 ‘Who’s for the pub?’ I ask in a rare show of altruism. It’s been a good week with net sales in the plus column, a couple of contracts exchanged and three completions where the vendors’ solicitors have paid promptly. I’m feeling relatively flush. It won’t last.

Assistant manager T looks at the others. He doesn’t want to be stuck at the bar with just me. I spot his caution and he promptly agrees he’s coming, and then one-by-one the rest of the team accept. Not that there was any doubt with lettings lush B. Of course I’m buying, that is expected of the manager and sadly the days have gone where you could shove a few beers and several gin and tonics through petty cash with a dubiously obtained receipt. Bean counters will inherit the earth – and send us all an invoice.

When I first started in the industry, way back when turn-ups on suit trousers and paisley ties were deemed fashionable, the pub on a Friday night was de rigueur. It was the forum for crowing loudly about how good a week you’d had within earshot of the opposition agents, who all congregated at the same smoke-filled watering hole. The tobacco fug has gone but the stench of bullshit still hangs in the air.

‘Those bastards are in.’ Hisses T as we troop into the darkened pub, all natural light banished, cold chill of air conditioning nipping at the face, reek of stale alcohol leeching from the sticky carpet. He indicates a group of sharp-suited boys and girls in a semi-circle round the far end of the bar. It’s one of the shadier, corner-cutting outfits in town. The type of agency that promises whatever you want to hear, then tucks you in to a long sole agency before attempting to erode the price or bullying you in to taking offers way below their kite-flying asking price. A figure probably in line with the one I told you in the first place. The mutual dislike is palpable.

‘Alright?’ Demands the rival manager curtly in my direction as I stand at the bar trying to remember my teams’ drinks requests. T has loyally remained at my side. The others have migrated to a pair of tables as far away as possible. A pub brawl is so undignified and will only add to the public’s generally low opinion of the profession.

The thug in a two-piece doesn’t really want to know if I’m all right. He spends his week undercutting my fees, touting my property register and overvaluing homes I’m after. I should just ignore him - as he’s too big to punch and at least fifteen years younger than me.
‘I’m fine,’ I lie effortlessly, before adding with a little more conviction. ‘Just celebrating a cracking week.’ It’s the modern day equivalent of a glove across his smug face and needless to say he responds accordingly.

‘Yeh us too.’ He crows. ‘Having it away at the moment aren’t we guys?’ His team respond with a chorus of self-congratulatory affirmations, just a little too slowly to be convincing. Then, as I pay for the drinks and wonder if anyone will offer to buy me one back this time, in comes another pair of property people.

‘F***ing look who is in now.’ Grunts the Neanderthal to his glossy-haired crew of GCSE failures, who would never make the grade if compulsory exams and minimum standards were ever introduced to the industry. I turn to look at the objects of his derision and recognise a couple of local surveyors. They’re clearly moving in packs to ensure disgruntled buyers, sellers or agents, don’t jump them in dark alleys.

‘Good evening.’ Offers the first one to me, as his companion nods warily. Pleasingly they ignore the other group. A small triumph for standards and a veneer of professionalism, that sadly doesn’t pay the bills on a canted playing field.

There’s an awkward moment as T and I gather up the brimming glasses. Traditional etiquette demands I should offer the pair a drink. It passes rapidly when I think of how many sales the duo have sunk with scare mongering surveys, timid loan-to-value figures and countless recommendations for third-party reports.

Not sure which group I despise the most.

the awkwardness of the post-work pub trip! a subject close to my heart.

Graham - are you the bloke who sits on the bar stool with a pint and pork scratchings,softly sobbing?
S.A.

Graham
Why call yourself Anonymous? Er...