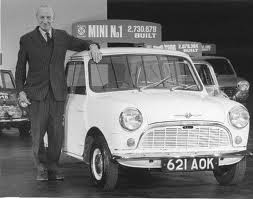 In to the office comes the slightly supercilious commercial agency guy. He wants to use the facilities and cadge a coffee between appointments. I’m not over keen on allowing freeloaders in the office. I’m already feeding fat mortgage man M and educating imbecile trainee F – where the schools palpably failed – so another person taking me for a ride isn’t welcome.

‘I don’t think I like him much.’ Whispers negotiator S breathily, as the shops and offices man disappears out the back. I nod in agreement and look at S in what I hope is a paternal way, and try not to reconsider who I’d let mount me.

‘He doesn’t mean it.’ I tell her, voice lowered in case he returns swiftly. I have a feeling M was in there with the paper quite recently and the air conditioning can only shift so many leaden-litres-of-air per minute. ‘They just think commercial is slightly superior to residential.’

There was a time when I aspired towards the more respected end of the property spectrum. When I toyed with becoming a chartered surveyor, until I realised the exams had a maths element and several years of study. In the past an ARICS suffix might have been a stepping stone to a partnership and some profit share, maybe even your name over the door eventually. Now the professional valuers are just number chasers like the rest of us. Spending days dodging cobwebs and litigation, writing reports so riddled with caveats that even F could put his name to them without fear of writ or retribution.

The commercial agency boys were sometimes qualified - or becoming qualified - but there was also a smattering of educational late-developers like myself, plying a trade seemingly one step removed from the public – and their antipathy. One where knowledge of square footage costs, zone A B or C, and A1 A2 or A3 categories, all helped to give an aura of respectability to your opinion.

‘Christ alive what died out back there?’ Grimaces the commercial man as he staggers back in to the office and I suppress a giggle.
‘What zone do you reckon that is?’ Chuckles assistant manager T. ‘I’m thinking Y or Z.’
‘Is it the drains?’ Asks the industrial unit specialist as he moves towards the kitchen and I wonder if I can bill him for a beverage?
‘Something is busted.’ Continues T, on good form. ‘Do you reckon we have a break clause?’

We do as it happens, as I’ve read the lease. We also have upwards only rent reviews, horrendous dilapidation liabilities and a pension fund landlord with no interest in our well being whatsoever.

‘How come he thinks he’s better than us?’ Whispers S, encroaching into my personal, prime-location Zone A retail space, to communicate. I feel unexpectedly valued as S seeks my wisdom and I resolve to give it to her.

‘People respect their opinion more, I guess.’ I tell her with a hint of regret and a hope my maths teacher is in a council-funded nursing home - in a giant nappy.
‘Pretty bad dress sense if you ask me.’ Says S with an impish grin towards the kitchen where the kettle is rolling to a boil.
‘Checked sports jackets will be back in fashion soon.’ I tell her with a wink I instantly regret. It could be construed as sexual harassment, at a push comradely communication, or in an industrial tribunal I might claim a painful stye.

‘Primary rents are holding up.’ Drones the man as he sips his free drink and holds court. ‘But secondary locations are hard to shift and don’t even talk to me about tertiary sites.’
Nobody was going to, not least because I’m the only one who knows what he’s talking about and even then I’m on the edge of my knowledge zone. Not a good place to be.

‘Pretty dull just dealing with whitewashed shops and closed down industrial estates.’ Posits S as our quasi-colleague jumps in his car outside and backs into a sign-written rivals Mini with a thump. He drives off swiftly as we all move to the window and check for damage.

My reverse premium gag went down rather well – once I’d explained it.
Posted by secret agent at 6:59 AM

Email ThisBlogThis!Share to TwitterShare to FacebookShare to Pinterest
Labels: commercial agent mortgage ARICS A1 A2 A3 industrial tribunal Mini litigation

"I resolve to give it to her." No doubt. No doubt.
Man walks into a bar and asks for a double entendre. So the barman gives him one.