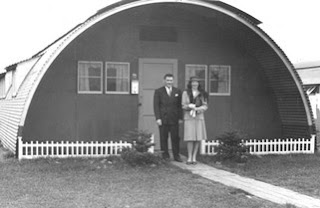 ‘Ex-local authority place to value.’ Announces negotiator S, as I stumble through the door some half-formed plan to kill the next time-waster and dispose of their body in one of the opposition agents’ empty, over-priced properties, still buzzing round my head. It would be a while before anyone found the body…..

I look at assistant manager T suspiciously. He hasn’t bagged the appointment so there must be a reason he’s left it for my return – other than our pooled commission system and his natural lethargy. I ask where the property is and just about suppress a groan.

All homes should sell at a price, but that price isn’t always palatable to the owner. They may have paid too much in the first instance, lending practices might have changed, and supply and demand might be out of kilter again. If the construction is non-standard, what on the face of it looks a bargain can become a millstone. If nobody is prepared to lend on a property, because of a discredited building technique, or alternatively if the lease has been allowed to run so low banks and building societies won’t advance a loan, a home is more coffin than castle.

‘Aren’t those the dodgy concrete panel places?’ Asks T slyly. He knows, of course he knows. I acknowledge that the area has a mix of standard and non-standard housing. Aesthetically they are broadly similar.1950s and 1960s bland elevations, semi detached three bedrooms with no garaging and invariably brick built outhouse where the coal used to be stored and now the stolen push-bikes tend to reside. Gardens will be generous and long, from an age where land wasn’t seen just in terms of how many more units you could squeeze on it. But the original post and wire fencing meant you had to learn to love your neighbour.

‘If it’s pre-cast, or steel-framed I’m not interested.’ States fat mortgage man M dismissively.
‘Why’s that?’ Asks trainee F, not unreasonably.
‘Because if nobody will lend on a place, it’s virtually worthless.’ Sneers M.
‘There are cash buyers.’ Suggests S naively.
‘They’re no good to me.’ Grumps M. ‘Unless they want some insurance cover and the miserable bastards always have their own pet advisor.’ I’m tempted to do some tenuous link to the dog and cat insurance M is supposed to flog, but I’m running on empty.

‘You going then boss?’ Quizzes T. He rarely addresses me that way unless he wants something. I check the exact address, and then mentally run through my memory bank - one that pre-dates the computerised records but is increasingly prone to crashing. It could be one of three types, and depending on how long the owner has been there they may, or may not, be aware of what is lurking behind the Anaglypta.

‘Oh, just to let you know.’ Adds S, breasts heaving unsettlingly. ‘They have two other agents coming to value.’ I scowl at T. He definitely knew this piece of information. Sometimes potential vendors are in denial about their home, be it price, desirability or method of construction. Chances are that at least one, if not both, of my competitors won’t bother to investigate what lies in the cavities or roof space. Some ejaculate in a suit, with no experience or qualifications but an instructions target, will tell the owner whatever they want to hear just for a board and a window photo.

‘The land will still be worth something.’ Suggests T as I reluctantly gather up my briefcase and cross check the contents.
‘Yeh couldn’t they demolish it and build a new place?’ Asks F enthusiastically. Sarcastically pointing out that the occupiers of the attached semi might have something to say about that doesn’t help much. But I’m already imagining another abortive appointment and an indignant owner who might blame me for the goalposts moving, or the local authority not mentioning the possible downside when he exercised his right-to-buy option with dreams of quick profits and Caribbean sojourns.

‘The other guy never mentioned anything about the walls and stuff.’ Growls the owner-occupier suspiciously, later He clearly thinks I have some hidden angle other than the suspect incline of his flank wall.