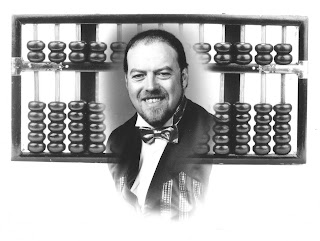 ‘Why is the system down again?’ Asks trainee F vapidly. I look at him with a mixture of pity and contempt. The pity is for myself, the other emotion entirely for him – but then I did employ the fool in a moment of weakness, so perhaps it’s the other way round?

‘I don’t get it.’ Continues F giving the blank screen an equally empty thousand-yard stare. Yes, I figure I have to shoulder some of the blame – post formal education – for F’s ineptitude. I should have re-advertised after the parade of GCSE failures, ex-cons and reluctant applicants dragged in by their mothers, with hastily assembled CVs they clearly didn’t write. I’m thinking of publishing some of the Curriculum Vitae’s I’ve received over the years as the lost works of the Brothers Grimm.

‘Have you tried switching it on and off again?’ Asks assistant manager T as he raises his eyebrows towards me, then attempts to fire up his own screen to no avail. Terrific, now not only will we be having to write everything by hand for the next few hours, something else F has failed to master, but I’ll have to put a call in to those call centre drones who field the IT providers complaints.

‘No it’s definitely knackered.’ Confirms T after pulling the power supply and trying again several times.
‘Problem?’ Asks letting lush B as she comes in late again. T points towards his screen and tells her the news. She shakes her head and slumps in her chair and mutters something about needing a drink. I’m hoping coffee but with her it’s hard to tell, even before 9.00am.

‘I’ve got landlords to speak to, the rent run didn’t go properly yesterday,’ grumbles B, seemingly close to tears. ‘And I need to do three credit checks before lunch time or some spotty students are going to be sleeping on a bench tonight.’

‘Never had this problem in your day eh?’ Suggests T with a grin. Of course I bite.
‘What do you mean?’
‘Well,’ continues T, winking at negotiator S slyly. ‘You could just turn a handle and crank our some black and white details - or even use a feather.’

‘We had computers when I started.’ I rail. ‘They just weren’t so…so.. complex.’
‘Yeh right.’ Continues T merrily. ‘Like a binary thing, with an ink pad and stamp.’
‘There was nothing wrong with a Commodore 64.’ I tell him, hoping for a laugh. But they all look blankly at me. Apart from B who is returning with a mug of something I hope doesn’t include brandy. I feel old.

I can’t master a laser tape measure. The floor plan programme leaves me flummoxed, and the formulas on the Excel spreadsheets my bean counter boss sends me might as well be in Swahili for the grasp I have of them. And as for uploading details on to our various Internet portals, I should just train pigeons and send it that way.

We’re monitored 24/7 via the all-seeing mainframe. Our viewings, financial services, sales and lettings all collated and processed by out digital master – at least until it breaks down. The brief hiatus, while you wait for a techno-geek with acne and attitude to arrive, is almost tranquil. Where you can rely on the postman to see how other offices are doing and who is pulling out of a purchase. Old school.

‘He looks like he might be missing assembly.’ I snipe to T as the boy with a scaled-down toolkit exposes the inside of our router – at least I think it’s a router. It has lots of coloured lights on the outside and it looks scarily complex on the inside, with the sort or wiring loom you see when the BT man opens one of those green roadside cabinets while his mates make tea in the van.

‘You’re re-booted.’ The rapidly dividing cell tells me, handing me a form to sign. I give him a limp joke about signalling and being relieved I wouldn’t need to brush off my flag collection.

Turns out, semaphore is now a data type proving simple abstraction for controlling access by multiple processes to a common resource in a parallel programming environment.

‘You’re re-booted.’ The rapidly dividing cell tells me, handing me a form to sign.

Time and energy to write a blog, but not enough drive to keep current with your requisite work skillsets?

Sounds like he just turned it off and on again?

‘There was nothing wrong with a Commodore 64.’ I tell him, hoping for a laugh. But they all look blankly at me.

They may have thought it was a Commodores' track you were referring to. Or if you had perhaps said `Wang computer', BBC Micro' or `Amstrad PPC640' you would have got some recognition.