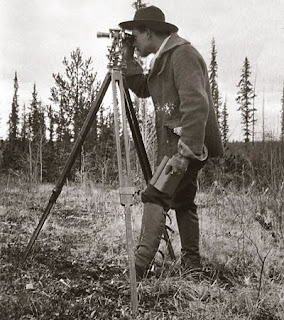 Assistant manager T drifts in to the office with a minute to spare. It doesn’t seem to occur to him I’ve been in nearly twenty minutes, sorting post, checking e-mails, planning the day and preparing the morning meeting.

‘You’ve got a personally addressed letter.’ I tell him handing over a buff, hand-delivered, envelope. T screws up his face, then shrugs and says.
‘What could this be?’

Sarcasm is supposedly the lowest form of wit, in which case I’m a jovial limbo dancer.
‘Ok, I will open it.’ He snaps back. My caustic retort echoing round the staff-less office, and sounding rather less rib tickling spewed into the air.

With an almost syncopated flurry S my negotiator, F the hapless trainee and B our loose-letting-lady spill through the door breathlessly. I have to bite down on a mordent comment as my last one is still rolling round the ceiling tiles charmlessly.

While the trio divest coats, bags and sandwiches I look at my scribbled notes on the day’s activities and scan the offer sheet in the vain hope a few more bids have materialised. As the kettle rolls to a boil in the background I’m vaguely aware of T opening his correspondence and slowly reading.

Just as the clock moves to ten minutes late, the door opens again and man mountain M our mirthless mortgage man waddles in to the office, bag of something hot and greasy in his podgy paw. He grunts a curt ‘morning’ then clumps straight through to the gents’ toilet.

‘Oh that’s not good.’ Groans T.
‘Tell me about it,’ I sympathise. ‘I was hoping to go in there for a piss in a minute.’
‘You’re not going in the ladies’ loo again.’ Warns B sternly. I’m about to tell her that was an emergency and the memo was unnecessary, when T speaks again.
‘No not the bag of shite.’ He exclaims angrily. ‘This.’ And he waves a familiar looking pre-populated form and my heart sinks.

‘How much do you reckon?’ Asks T after we’ve gathered round a desk, defensive ring of chairs in a semi-circle, backs to the still locked door. As M shuffles back into the main office, hint of an earthy aroma in his wake, I toss the homebuyers report on the desk dismissively and do the maths.

Surveyors are paid to criticise. The lender wants to know defects, loan-to-value margins and anything that might endanger their investment. The buyer may have fallen in love with the property they bid on several weeks earlier, but that first lustful flush has doubtless dissipated a tad with mounting lawyers, lenders and surveyors bills, not to mention the pernicious stamp duty take the government want - and they neglected to budget for. Now some arse-coverer with bad dress sense and cobwebs in their hair has effectively told them the object of their affections has the property equivalent of an STD.

‘We’re f***ed.’ Proclaims T dejectedly. I should reprimand him for the inappropriate language but I’m still calculating the lost fee if the sale falls through. The surveyor has listed a long list of defects, which to the layman make it seem as though this house is a death trap.

Section J of the report is headed Risks - never the most comforting in a litigation-riddled society. This damp-meter wielder has gone for the full set by listing plumbing, wet rot, load bearing inadequacies, electricity, gas and heating issues, as risks to people. The risks to building section, is even more comprehensive.

‘I’m thinking fifteen thousand pounds minimum.’ I speculate as I wonder how long it will take to collate the various specialist reports.
‘They want twenty.’ Says T morosely as I almost hear the whoosh as my sales carry forward falls by four grand.
‘And the owners won’t drop a penny.’ Adds T.

‘Any luck?’ I ask T last thing. He’s spent the day ringing builders and damp proof firms, and shuttling between buyer and seller, striving for the wisdom of Job while helping to keep mine.

‘Buyers think the surveyor’s word is gospel. Sellers think he’s an idiot.’ Says T tiredly. ‘I f***ing hate them all.’

He’s finally getting the hang of it.

Are you finding the surveys increasingly backside covering, SA? We are. I'm putting it down to litigious lenders. Trouble is that the surveys have no value any more - who's brave enough to give an unqualified opinion in 2011? We daren't!!!

Back to the fray!

Valuers are frightened of their own shadows, the days of "taking a view" are gone.Most tick-box reports so shot-through with caveats and third-party report requests as to be worthless. Even I could write one and not be sued....
S.A.

Surveys only have value when prices are generally rising. Er...

Ah well, another few months and it's all over for the economy.

Supply of buyers will dry up like a southern reservoir in spring, rate hikes and resets will push the sellers out of the woodwork and the demand to sell will gradually rise to fulfill the lowered supply and stability will once again be reached.

Oh if only house prices were sensible - all this fannying around would then be unnecessary!